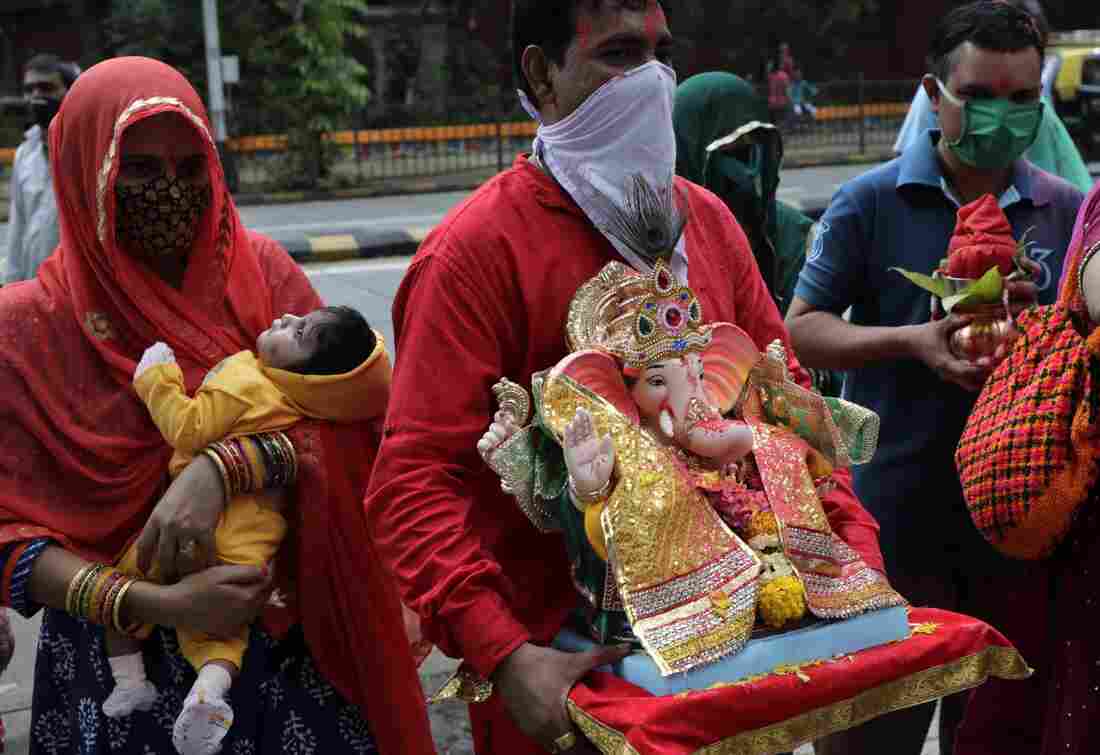 Every year in Mumbai, India, as the monsoon abates, the city resounds with chants praising Ganesh, the Hindu god of wisdom and luck, and the remover of obstacles. But this year, city officials have to find creative ways around a huge obstacle: how to allow faithful to celebrate one of India’s biggest festivals safely during the coronavirus pandemic.

The 10-day festival began Aug. 22 and continues through Sept. 1. It usually brings out millions of celebrants, who decorate idols of the elephant-headed deity and immerse them in the Arabian Sea.

“We have created mobile artificial ponds. If you call our helpline number, we will provide a [water tanker] truck on your doorstep,” says Kiran Dighavkar, assistant commissioner for Mumbai’s municipal authority. “Entire service is free of cost!”

The trucks make house calls. So instead of crowding Mumbai’s beaches to immerse their idols, people do it in the back of these trucks. Each night, they’re emptied for the next day’s rounds.

“Everybody’s thermal-screened for temperature, and we are making sure they’re wearing masks,” Dighavkar says. “It’s a very godly atmosphere.”

Normally, Mumbai turns into a massive party at this time of year, with millions of revelers handing out modaks — sweet dumplings filled with shredded coconut. Neighborhoods erect temporary stages called pandals, on which they place giant Ganesh statues — some multiple stories high — and hold block parties around them.

This year, idols have to be under 2 feet, to fit into the water tanks. Some of them are coronavirus-themed, with Ganesh wearing a surgical mask. There are even idols that double as hand sanitizer dispensers.

Mumbai — the festival’s epicenter — was one of India’s early epicenters for COVID-19. India has reported the third most infections in the world, behind the U.S. and Brazil, but it’s where the virus is spreading fastest. On Thursday, India confirmed 75,760 new cases — a daily record since the pandemic began.

In the past, thousands of Ganesh idols would wash up on Mumbai’s beaches, despite a push to make them biodegradable. Some are decorated with toxic paint, and there have been reports of fish dying. Boisterous processions also push noise pollution to dangerous levels.

But this year, only municipal workers are allowed to approach the sea, and there have been far fewer immersions — and far less detritus. It’s been the quietest, greenest Ganesh festival in more than 15 years, says Sumaira Abdulali, an activist with the Awaaz Foundation, a nonprofit environmental group in Mumbai.

“You think the worst thing possible has happened — the pandemic,” Abdulali says. “But good things do come out of bad things. It’s definitely a silver lining.”