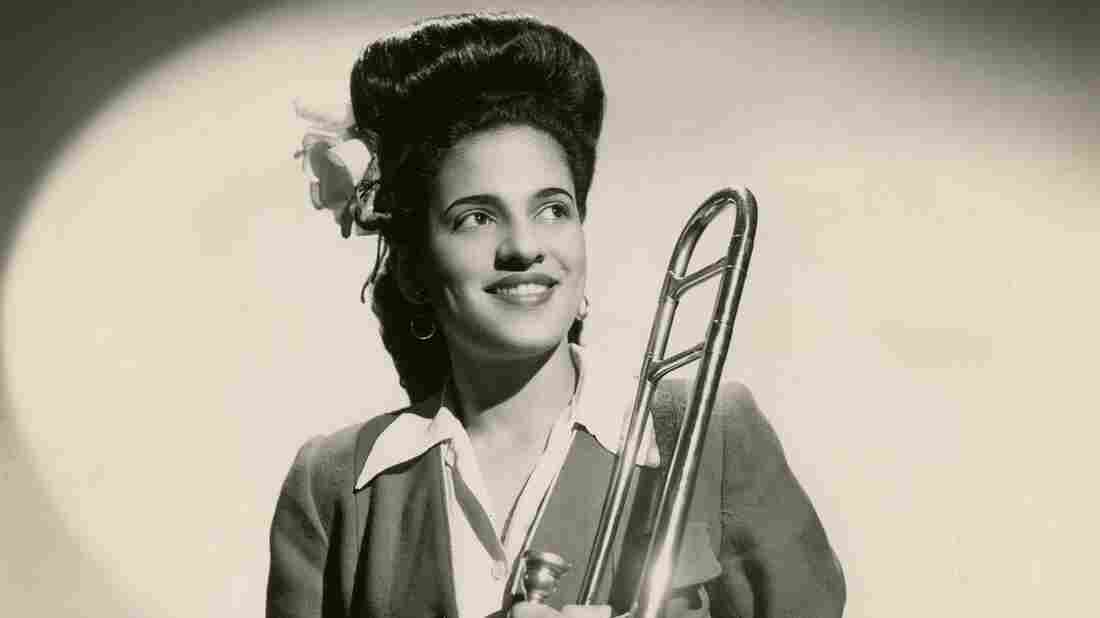 Helen Jones Woods, who played trombone with the International Sweethearts of Rhythm, a history-making all-female big band that toured widely during World War II, died of COVID-19 on July 25 in Sarasota, Fla. She was 96.

Her daughter Cathy Hughes, founder and chairperson of the broadcast media company Urban One, confirmed the details of her death to NPR.

In addition to their pioneering role as women on the jazz circuit, the International Sweethearts of Rhythm were an interracial band in the era of Jim Crow. Their extensive itinerary through the South, where they traveled by sleeper bus, reportedly inspired jazz piano giant Earl Hines to call them “the first Freedom Riders.” They also toured Europe, playing in occupied Germany for American soldiers — both white and Black, though not at the same time.

As a Black musician, Woods endured mistreatment and indignity on the road. “Music broke her heart,” says Hughes. “In the ’30s and ’40s, and even the ’50s, which was the last time she played, they wouldn’t get paid regularly. They couldn’t find housing accommodations.”

After the Sweethearts disbanded in 1949, Woods joined the Omaha Symphony, only to be fired after her first performance. Her father, who had a darker complexion, came to pick her up, which prompted symphony management to realize she was Black. This was the last straw for Woods, who chose to end her musical career. She became a registered nurse, spending the next 30 years devoted to nursing and social work.