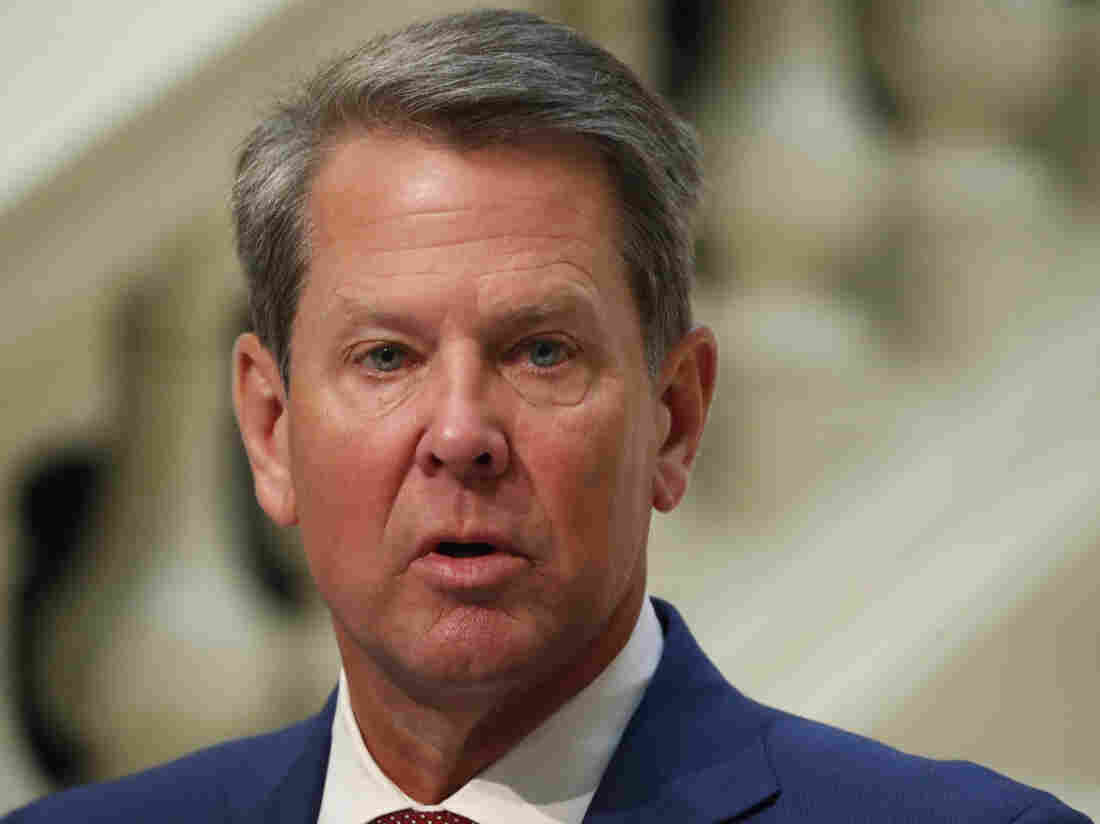 Gov. Brain Kemp is taking a new approach in his battle over face masks with Atlanta’s mayor. Rather than have a judge rule on the conflict, he’s going to issue a new order on the subject.

On Thursday Kemp announced the attorney general’s office has withdrawn a lawsuit he filed against Mayor Keisha Lance Bottoms and the Atlanta city council, when she moved to reinstate more restrictive COVID-19-related safeguards.

Following a surge in coronavirus cases after the state opened up, Bottoms suggested that nonessential businesses shut down and that people shelter in place. She also issued a citywide mandatory mask-wearing ordinance.

Those directives went beyond the regulations laid out by Kemp in an executive order. So the governor sued Bottoms and the city arguing she had contradicted his own mandate.

“I sued the City of Atlanta to immediately stop the shuttering of local businesses and protect local workers from economic instability,” Kemp explained in a statement on Thursday.

Several leaders throughout the state were taken aback by Kemp’s litigation against Atlanta, including the mayors of Savannah and Athens where similar measures have been taken.

In recent weeks, Kemp and Bottoms have entered mediated negotiations. But the governor now says that while Bottoms has made some concessions — agreeing to allow businesses to remain open and lift shelter in place orders — she refuses to budge on the mask requirement.

“Unfortunately, the Mayor has made it clear that she will not agree to a settlement that safeguards the rights of private property owners in Georgia. … [And] following her refusal in mediation to further negotiate a compromise, the Attorney General’s Office has filed to withdraw our pending lawsuit,” the governor said.

Instead, Kemp explained that when his order expires on Aug. 15, he will issue a new executive order “with relevant language.”

The governor’s office did not respond to NPR’s request for clarification on what that may entail.

Bottoms, who, along with her husband, tested positive for COVID-19 last month, has been outspoken about the pandemic outbreak in Georgia. She has blamed Kemp and President Trump for not urging people to wear masks and says they were too eager to reopen the economy at the expense of public safety. She has also questioned why she was singled out by Kemp in the lawsuit when other city leaders issued similar directives.