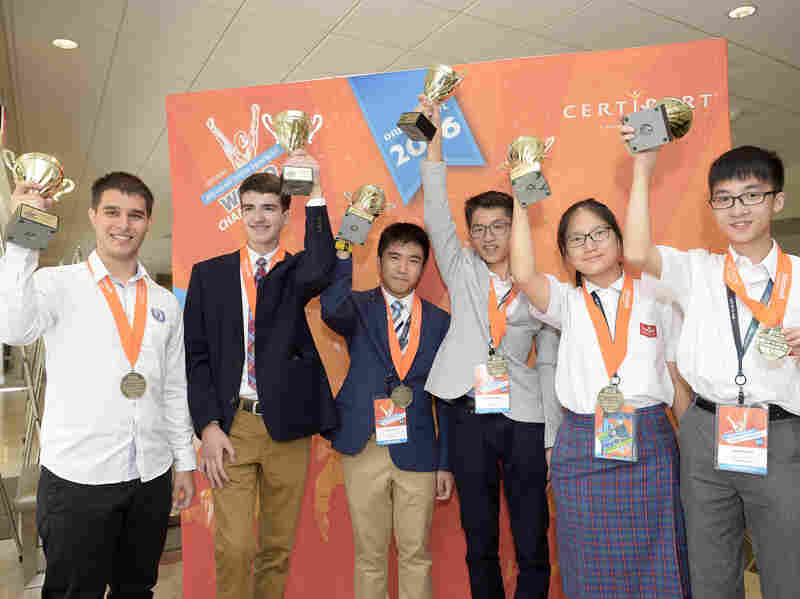 Sunday was supposed to be the first day in a wild week of contests, culminating in a stirring awards ceremony at the 2020 Microsoft Office Specialist World Championship.

But the pandemic has put this year’s competition on hold.

Every year, people aged 13 to 22 show off their wizardry with Excel, PowerPoint, Word and the rest of the Microsoft Office suite. Last year, Ashlyn Dumaw, a rising senior at Green Hope High School in North Carolina, took bronze in the PowerPoint contest.

“A lot of people think that it’s kind of just making a PowerPoint or some Word document about whatever you want, and then submitting it for judging, and I have actually gotten quite a few questions about it from like fellow classmates,” Dumaw told NPR. “But I don’t think people realize, like, the complexity that goes into it and the different parts that you have to complete for the actual competition.”

“I guess my favorite part of the competition itself, it would just be seeing just all the people from so many different countries there,” said Seth Maddox, who took gold in the PowerPoint contest last year. Maddox is currently studying computer engineering at Auburn University.

Maddox and Dumaw shared last year’s stage with students from Greece, Macau, Romania and Taiwan. While Maddox said he is probably done competing, Dumaw is hopeful that she might have the opportunity to go for gold next year.

“This was my junior year of high school and so I had a lot of difficult classes that I needed to concentrate on for college applications,” Dumaw said. “So I decided to take a step back this year, but I was potentially planning on doing it next year, depending on what my course load looks like then. So I guess we’ll have to see for next year.”

If all goes well, there will be another round of medalists in 2021 — when the 2021 Microsoft Office Specialist World Championship moves to Orlando.