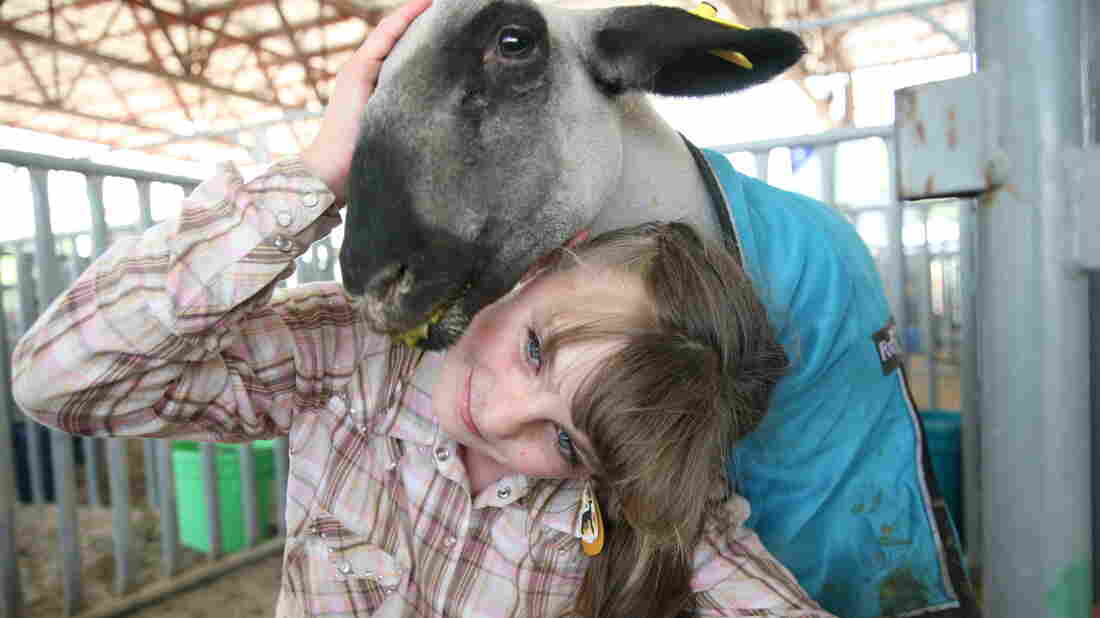 Danielle Long, 12, is one of hundreds of kids who were able to show their animals at a revamped version of the Mesa County Fair in western Colorado. She said she was happy to be there with Rocco, her lamb, but she knew it would be hard to see him auctioned off. Stina Sieg/CPR News hide caption

The sheep and goats, pigs and cows lounging in the shade of the covered, outdoor arena had no idea about the strange times we’re living through. They didn’t know that just beyond their pens — more spaced-out than normal — there weren’t the typical carnival rides, funnel cake stands or crowds at this year’s Mesa County Fair in Grand Junction, Colo.

Even though 9-year-old Harold Stafford had been planning for the fair for months, he still seemed surprised to be there.

“I didn’t think they were going to have one, you know because of coronavirus and stuff,” said the fresh-faced kid, in jeans and a red T-shirt.

But officials in this high-desert swath of western Colorado made sure the revamped fair did go on, for the sake of Stafford and other young livestock raisers. He brought his two sheep, Bullet and Jack, to compete for ribbons and be auctioned off. Though the fair wasn’t open to the public, children like him — some still in kindergarten — were welcome, along with their families.

It was all possible because Colorado’s Agriculture commissioner deems livestock shows and sales essential, explained Melissa Wonnenberg, who runs the county’s 4-H program.

“We were very aware that when we were given the okay to do this, if we had a huge spike in cases that we would get shut down,” she said.

Mesa County, like many rural areas in Colorado, has a coronavirus infection rate that’s much lower than the state’s big cities, so young people in 4-H and Future Farmers of America didn’t have to miss out on a tradition generations old. Wonnenberg explained that kids use the money from selling their livestock to buy next year’s animals. Some even save for college or go into business for themselves with their earnings.

Without this summer’s competitions and sales, “I think it would have been a huge hole in an already kind of tough year,” she said.

Across the county, even fairs in areas hardest-hit by coronavirus are doing their best to still hold youth livestock shows, with permission from local health departments. For some, that means shows completely online. At the Mesa County Fair, however, the animal competitions were pretty much the same, just with about 20% fewer kids — and without the public.

Sitting with Rocco, her white-and-black lamb, 12-year-old Danielle Long said she was mostly glad to be here. At the same time, she was also kind of sad.

With school out since March, they’d spent so much time together. That would be over when the fair ended.

“It’s going to be really hard when he leaves,” she said, sounding a bit resigned, “but I will get over it when I get my next lamb.” 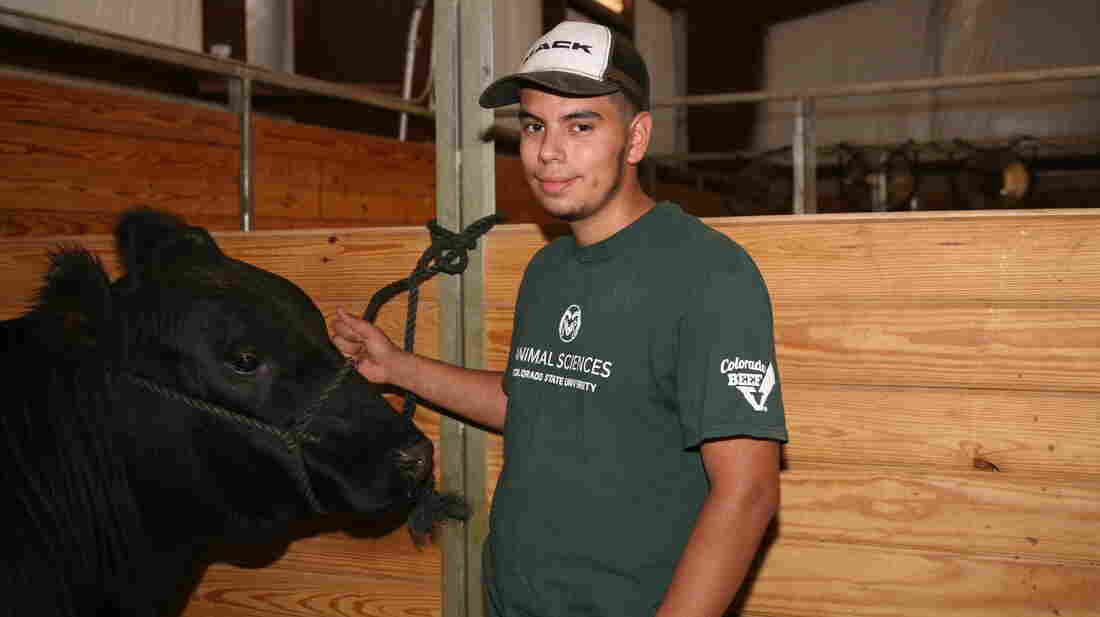 It was the final fair for Antonio Treto Alvarez, 18, who just graduated high school. He said he’d miss his giant, nameless steer, as well as the 4-H program he started in 11 years ago. Stina Sieg/CPR News hide caption

Nearby, in a cavernous barn filled with bellowing cattle and giant fans keeping them cool, 18-year-old Antonio Treto Alvarez was cleaning out the hooves of his final 4-H steer.

“He weighs as much as a truck!” Treto declared, adding that he thought the big, nameless guy would go far in his competition. It would be a good end to Treto’s 11 years in 4-H, starting with lambs.

“I’ve probably hand-raised more sheep than math assignments I’ve turned in,” he said, with a smirk.

All around him was that earthy, pungent smell of manure. Treto called it “homey,” though he could bet some folks might think that was weird.

“There’s people out and about. They’re taking care of their animals. They’re getting stuff done,” he said. “It’s a nice feeling, and it’s a nice smell.”

It was a whiff of something normal, in a time so alien.