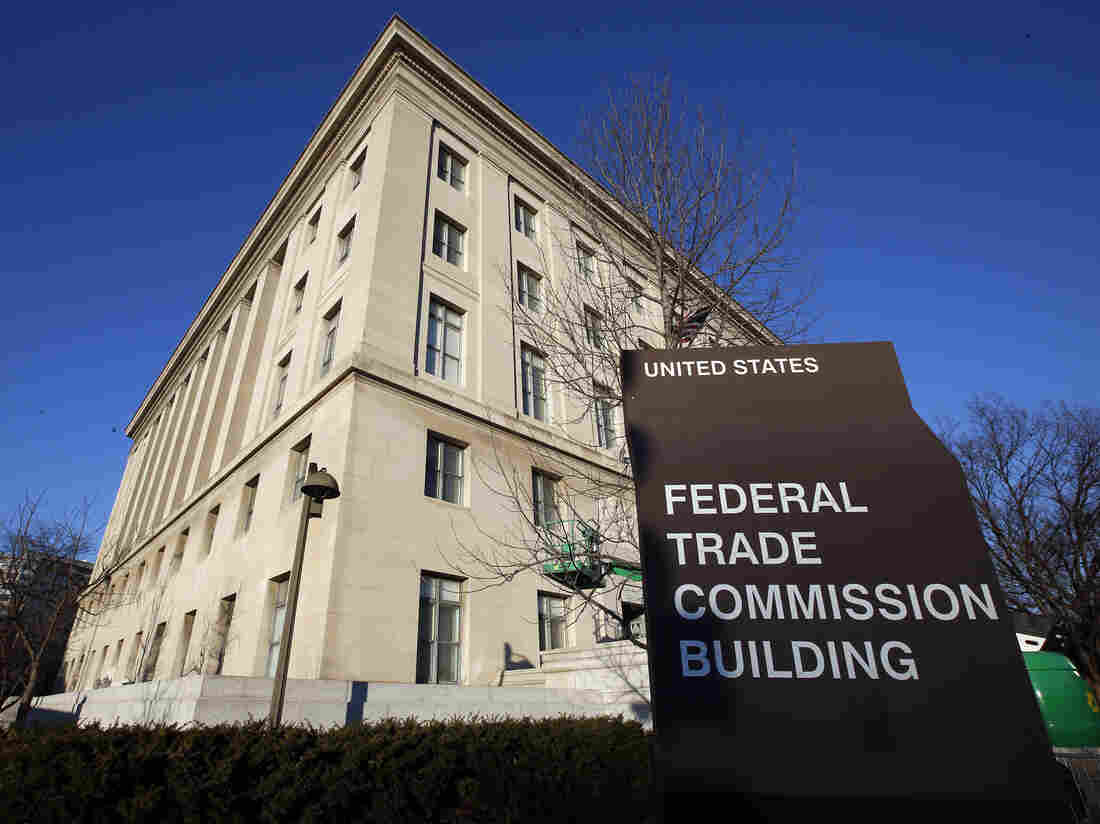 The Federal Trade Commission announced that it had sent warning letters to several companies that had marketed the drug thymosin alpha-1 as a purported treatment for COVID-19. The drug has never been approved the Food and Drug Administration for any condition. Alex Brandon/AP

As the U.S. death toll from the coronavirus passed 240,000, and public health officials scrambled to respond to increasing infections around the country, the Federal Trade Commission announced additional steps Thursday to crack down on unproven treatments for COVID-19 and companies that might prey on Americans’ fears.

The FTC, which enforces consumer protection laws against fraud and deceptive business practices, issued 20 warning letters to companies and individuals for allegedly making “unsubstantiated” claims that their products could prevent or treat the disease.

Among the FTC’s targets are several companies and medical practices that marketed an injectable drug called thymosin alpha-1 as a purported treatment for COVID-19. The widespread marketing of that drug, which has never been approved by the Food and Drug Administration for any condition, was first reported as part of an NPR investigation in October. Following that investigation, Rep. Raja Krishnamoorthi (D-Ill.) called on federal agencies to take action.

With today’s action, the FTC appeared to respond.

The agency sent warning letters to at least seven companies that NPR’s investigation identified. The agency’s letters state: “We have determined that you are unlawfully advertising that certain products or services treat or prevent Coronavirus Disease 2019,” and demands that the companies “immediately cease making claims that are not supported by competent and reliable scientific evidence.”

The companies have 48 hours to respond to the FTC. In most cases, alleged offenders quickly comply by removing the marketing claims. But if they fail to do so, the FTC may file lawsuits in federal court, which could lead to court-ordered injunctions as well as financial penalties.

The CEO of a Kentucky company that manufactured thymosin alpha-1 and supplied it to doctors around the country is also facing federal criminal allegations in a separate action. In late October, Jeremy Delk of Tailor Made Compounding pleaded guilty to one count of unlawful wholesale distribution of prescription drugs. The charge stems from his company’s alleged distribution of vitamin B12 injections to an “anti-aging/wellness clinic” in California without state or federal authorization. Many of the clinics that marketed thymosin alpha-1 as a treatment for the coronavirus also advertised themselves as part of the “wellness” industry, including one doctor affiliated with actor Gwyneth Paltrow’s brand Goop.

Throughout the coronavirus pandemic, medical experts have warned Americans to watch out for fake treatments and purported “cures.” Rep. Krishnamoorthi has called the Trump administration’s efforts “piecemeal,” and other experts have said that the FDA and FTC need additional resources to effectively combat the glut of coronavirus-related scams. The FTC, for its part, says it has issued more than 330 warning letters since the beginning of the pandemic as part of what it calls an “unprecedented” effort to “flatten the scam curve.”