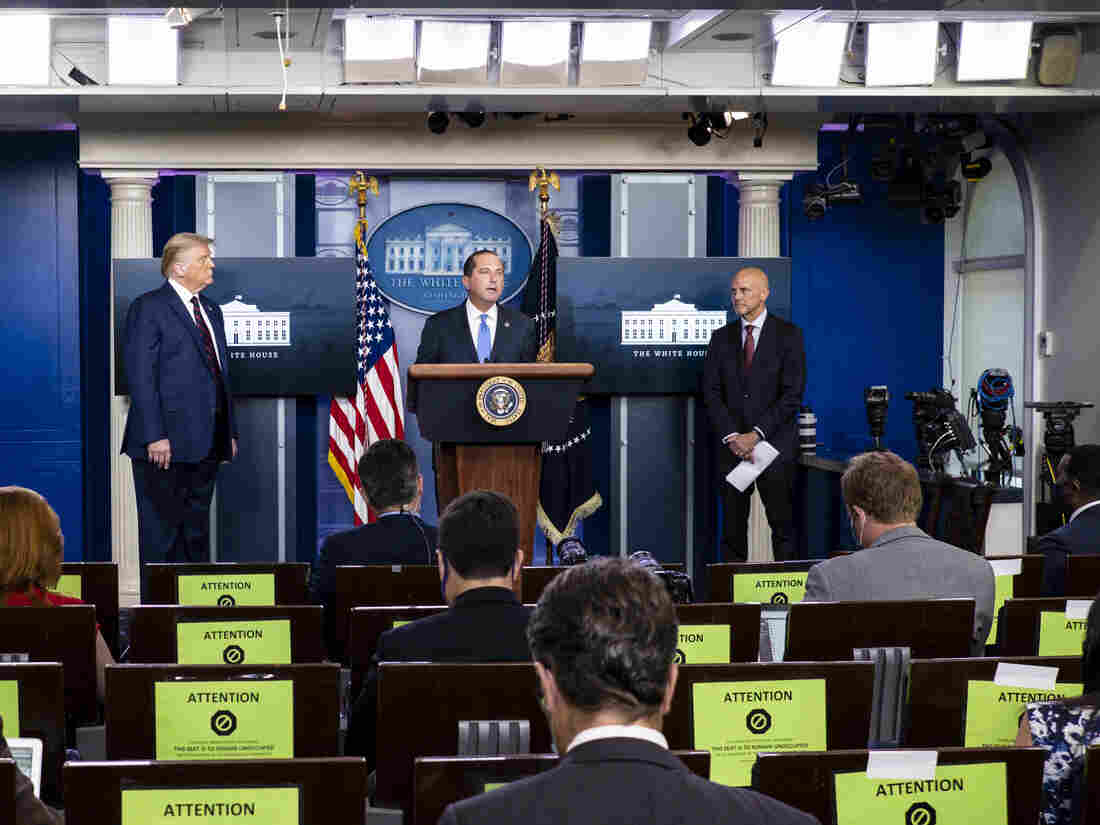 President Trump announced on Sunday that the Food and Drug Administration has issued emergency use authorization to treat hospitalized COVID-19 patients with convalescent plasma from people who have recovered from the virus.

Joined by Health and Human Services Secretary Alex Azar and FDA Commissioner Stephen Hahn for what he called a “truly historic” announcement, Trump described the treatment as safe and effective.

Convalescent plasma, Hahn explained, is the liquid portion of the blood that contains the antibodies an individual develops in response to an infection and can be given to patients currently fighting that virus. He said this treatment has long been a part of the infectious disease arsenal.

It has already been in use for COVID-19 for a number of months: The Mayo Clinic has run an “expanded access program” for convalescent plasma since March, and more than 70,000 people have received the treatment.

Hahn said there is a 35% improvement in survival for COVID-19 patients given the plasma. Azar noted that the patients who benefited most from the treatment are those under 80 and not on artificial respiration.

“We dream, in drug development, of something like a 35% mortality reduction,” Azar said. “This is a major advance in the treatment of patients.”

While researchers will continue with randomized clinical trials and data collection, Hahn said independent experts and FDA scientists have concluded the treatment is safe and shows “promising efficacy,” warranting approval for the authorization.

This move will further expand access to the treatment, but is not the same as traditional FDA approval.

All three officials urged Americans who have recovered from COVID-19 to donate plasma and potentially save lives.

Sunday’s announcement, delivered the evening before the start of the Republican National Convention, comes on the heels of Trump’s previous claims that members of his administration had purposefully stalled such an authorization to hurt his chances of reelection.

Reports last week suggested that some health officials had said that data from the Mayo Clinic’s program was not strong enough to warrant the approval for emergency use authorization.

That prompted Trump in a press conference last week and on Twitter on Saturday to accuse the FDA of waiting to approve the authorization for political reasons.

Answering reporters’ questions after Sunday’s announcement, Trump said it was his “strong opinion” that there had been a political hold-up, but that “we broke the log-jam over the past week.”

Hahn did not respond to shouted questions about whether he had been pressured to give the approval.