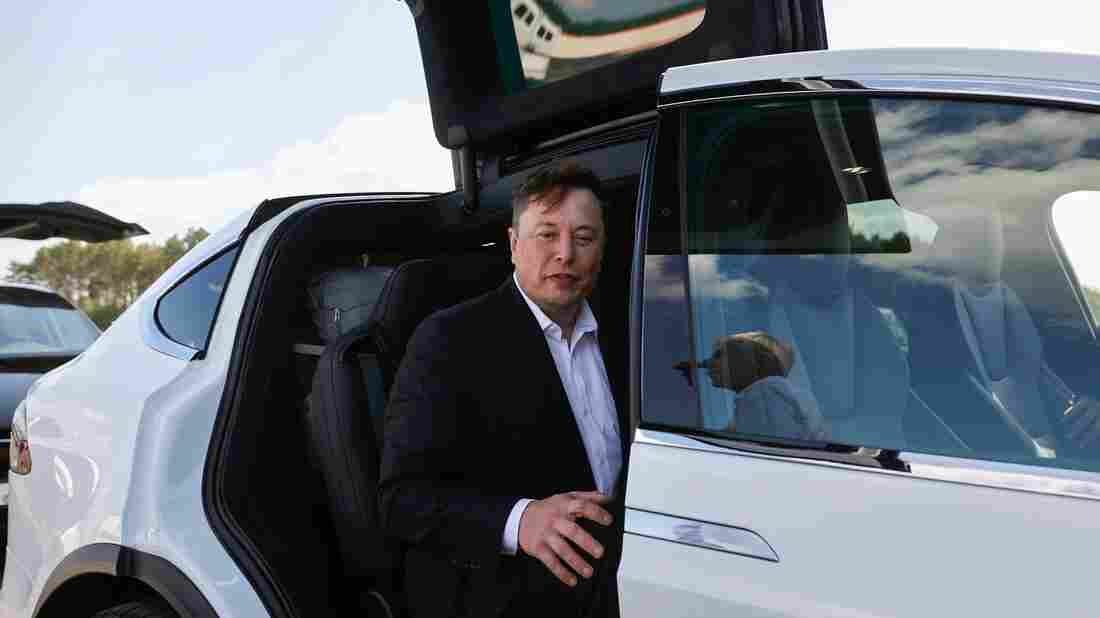 Tesla CEO Elon Musk sits in his car before visiting the construction site of a future Tesla factory near Berlin on Sept. 3. Musk said on Twitter he has tested both positive and negative for the coronavirus. Odd Andersen/AFP via Getty Images

Tesla CEO Elon Musk announced on Twitter he has tested both positive and negative for COVID-19 after taking four rapid antigen tests.

On Twitter, Musk said there was “something extremely bogus” going on with his initial results. He took four tests after experiencing mild cold-like symptoms, and received two positive results and two negative results. He is now waiting for his results from the more accurate PCR tests.

The high-profile executive has previously downplayed the risks of the coronavirus pandemic, including an infamous prediction that the U.S. would have close to zero cases by the end of this past April.

He also railed against lockdowns that affected the Tesla plant in Fremont, Calif., calling them “fascist” and “not democratic.”

On Thursday, the U.S. reported more than 150,000 new cases of the virus as the pandemic makes a resurgence across the country.