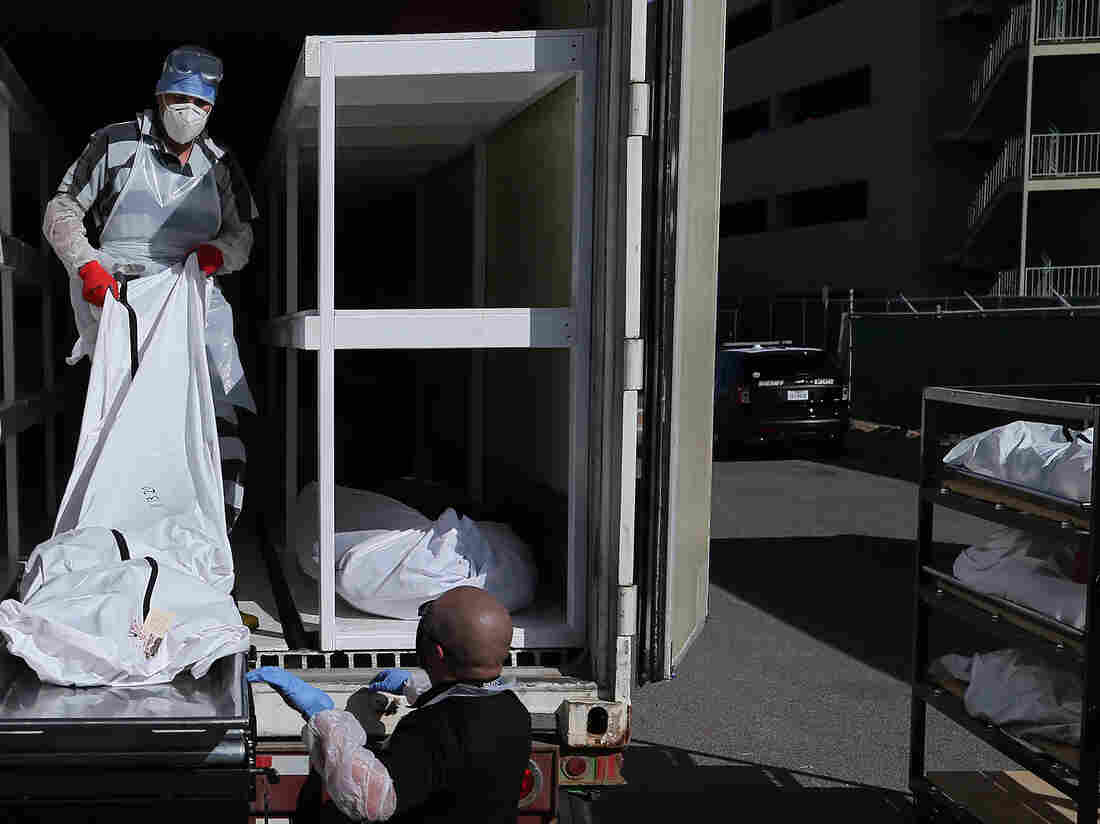 As the coronavirus infection rate continues to skyrocket across the United States, officials in one of the nation’s hardest-hit regions, El Paso County, Texas, have posted job openings for morgue workers as the number of local deaths from the virus mounts.

This comes as officials had been relying on low-level inmates from the county jail to assist with moving remains of the deceased.

According to the county’s Office of the Medical Examiner, which listed temporary job postings for morgue administrative assistants and morgue attendants, the workers will help with processing of autopsies and assist with preparing the deceased, among other duties.

“The Morgue Attendant will be provided maximum PPE, will be tasked with physically moving bodies, and will require the ability to lift between 100-400 lbs. with assistance,” the job listing states.

The prospective morgue attendants could earn more for working the swing shift or overnight. Hazard pay, according to the listing, may also be available, but only through Dec. 30.

That position as well as a medical examiner administrative assistant are temporary and only open to current El Paso County employees. The workers must be “willing and able to work all, partial and/or overtime hours to help the Office of the Medical Examiner during the COVID-19 pandemic.”

The administrative assistant position pays less than the morgue attendant and duties include helping with the coordination of funerals and processing death certificates.

“Not only is this assignment physically taxing, but it may be emotionally taxing as well,” a county announcement stated, according to the El Paso Times. The paper notes that there are “200-plus bodies” at both the morgue and trailers. The county is operating nine temporary morgues in addition to its permanent facility.

El Paso County Judge Ricardo Samaniego underscored just how dire the situation has become in a Thursday press release announcing that he was holding a roundtable with local business leaders on how to combat the coronavirus during the holiday season. (In Texas, a county’s chief administrator is known as a judge.)

“As of [Thursday], our Medical Examiner’s Office is reporting that 247 fatalities are being held at our main morgue and at our nine mobile morgues. My sense of urgency is to continue to do everything possible to maintain the integrity and dignity of our fellow El Pasoans who have been lost to this virus.”

The number of coronavirus-related deaths has overwhelmed public health officials to the point that El Paso County had resorted to using jail inmates to help move bodies at the morgue, the El Paso Times reports, noting the inmates were paid $2 per hour.

According to The Texas Tribune, the inmates were low-level offenders. Samaniego also told the paper that their work will continue until there are new hires at the county morgue.

He also defended the county’s decision to use inmate labor, saying it was either that or force families to wait even longer to start funeral arrangements.

“I think that’s the bottom line,” Samaniego said, according to the Tribune. “I think anybody would choose that the process continues.”

“We are shorthanded and we have no one but the inmates to do it.”

News of the job postings comes on the heels of a court ruling last week that struck down a shelter-in-place order Samaniego issued last month because of the rising infection rates there.

The order called for hair salons, gyms and restaurant dine-in services to close. The judge attempted to extend the order through Dec. 1, KFOX-14 reported.

However, last week the Texas 8th Court of Appeals sided with the state’s top officials, including Texas Attorney General Ken Paxton in striking down the order.

In a statement Paxton called the court’s ruling “outstanding” and referred to Samaniego as a “tyrant” without naming him directly.

“I will not let rogue subdivisions try to kill small businesses and holiday gatherings through unlawful executive orders,” Paxton said.

On Thursday, the Centers For Disease Control and Prevention updated its recommendations urging people to stay home for Thanksgiving to help stem the spread of the coronavirus.