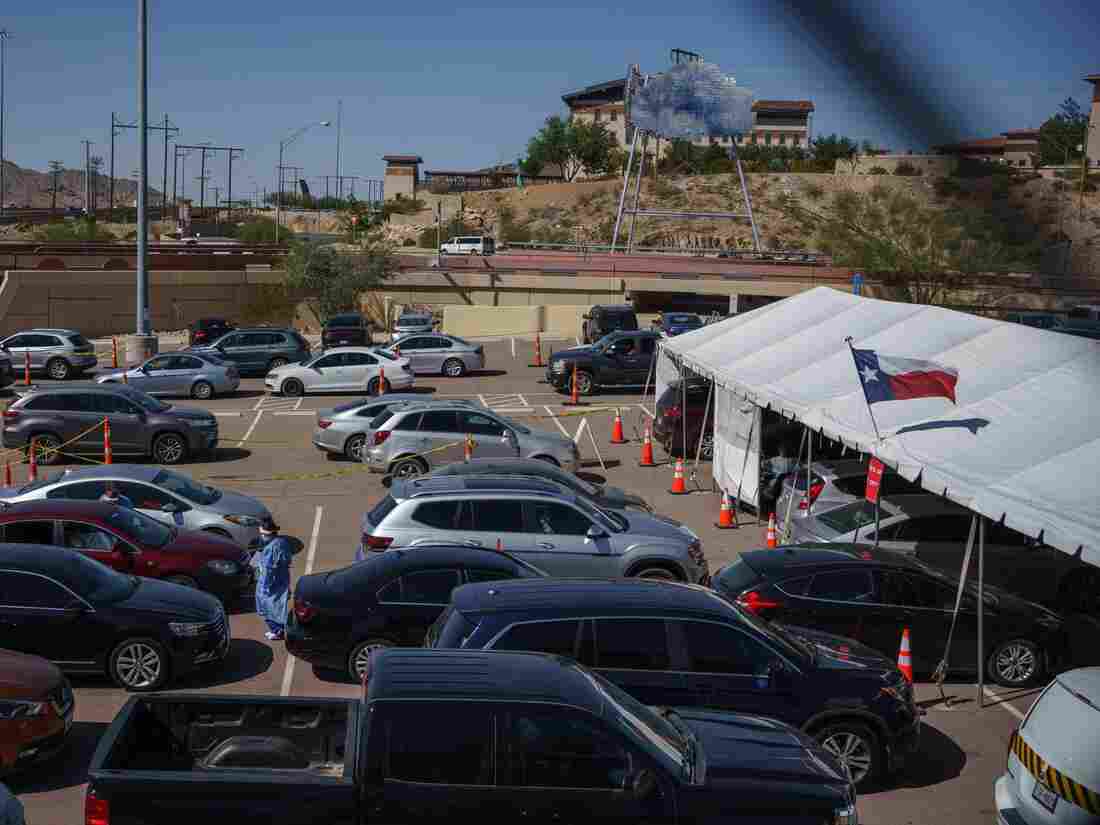 Cars line up for coronavirus tests at the University of Texas at El Paso on October 23. The city has seen a surge in cases which prompted a judge to issue a shutdown of non-essential businesses. Paul Ratje/AFP via Getty Images

With new coronavirus cases soaring and hospitals at capacity, a Texas judge issued a shelter-in-place order that shuts down nonessential businesses for El Paso and its surrounding areas.

The order, which calls for hair salons, gyms and restaurant dine-in services to close, went into effect just before midnight Friday local time. It is set to expire at 11:59 p.m. on Nov. 11.

The state’s attorney general quickly denounced the order, who said the judge had no authority to enact such a measure.

El Paso County Judge Ricardo Samaniego said in a statement Thursday that the county “has never seen this level of high infection rates of COVID-19 cases throughout our community.”

“Our hospitals are at capacity, our medical professionals are overwhelmed and if we don’t respond we will see unprecedented levels of death,” Samaniego added. “I am hopeful that the Governor will work with us and recognize that this is a short-term remedy that is needed to contain the uncontrolled spread of COVID-19 in our community.”

Hours after the judge’s announcement, the office of Texas Attorney General Ken Paxton tweeted that “all legal actions” were being explored, setting up a potential legal battle over the legality of the measure.

“El Paso County Judge Samaniego has no authority to shut down businesses in El Paso County,” Paxton’s office tweeted. “This is a direct violation @GovAbbott’s executive order. My office is quickly exploring all legal actions.”

El Paso County Judge Samaniego has no authority to shut down businesses in El Paso County. This is a direct violation of @GovAbbott’s executive order.

My office is quickly exploring all legal actions.

Earlier this month, Texas Gov. Greg Abbott issued an executive order allowing county judges in areas that meet certain coronavirus benchmarks to allow bars and similar establishments to operate at 50% capacity. The governor’s order also allowed for increasing “the occupancy levels for all business establishments other than bars to 75%.”

El Paso Mayor Dee Margo released a statement saying he was not consulted on the judge’s shutdown order, according to Mallory Falk, an El Paso-based reporter for member station KERA.

“We must strike a balance of keeping our neighbors safe while not destroying people’s abilities to feed their families,” he added in tweet.

Samaniego over the weekend said he was “left with no choice” but to issue a mandatory two-week overnight curfew for residents of the El Paso area because of the spiking virus positivity rates.

At the time, El Paso County had seen a jump of 160% increase in the positivity rate over the last three weeks and a 300% increase in hospitalizations over that same period.