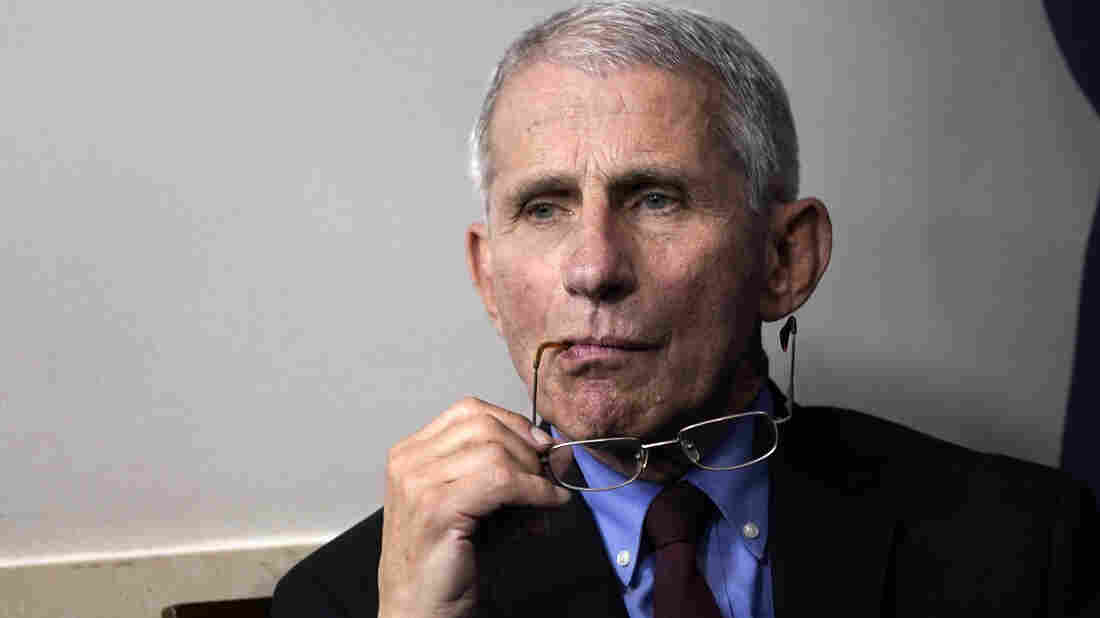 Dr. Anthony Fauci is resting at home after undergoing surgery Thursday to remove a polyp on his vocal cord, according to the National Institute of Allergy and Infectious Diseases. Drew Angerer/Getty Images hide caption

Dr. Anthony Fauci underwent surgery to remove a polyp from his vocal cord Thursday, according to the National Institute of Allergy and Infectious Diseases, the agency Fauci has led for decades. The surgery was an outpatient procedure.

“He’s now home and resting,” an NIAID spokesperson tells NPR. “Expect him to be completely resting his voice at least through the weekend.”

In addition to his leadership of the infectious disease agency, Fauci has played a key role on the White House’s Coronavirus Task Force, providing guidance and expertise during the COVID-19 pandemic.

In the past decade, a number of high-profile people have undergone similar surgeries to remove polyps from their vocal cords, from the singer Adele to the actor Jon Hamm.

Polyps disrupt the ability of vocal cords to close completely, resulting in hoarseness and other symptoms. The condition often stems from overusing one’s voice, according to the National Institute on Deafness and Other Communication Disorders.

“Talking too much, screaming, constantly clearing your throat, or smoking can make you hoarse,” the agency says. “They can also lead to problems such as nodules, polyps, and sores on the vocal cords.”

Fauci, 79, has been a prominent voice on the coronavirus, speaking frequently in briefings, media interviews and on Capitol Hill.