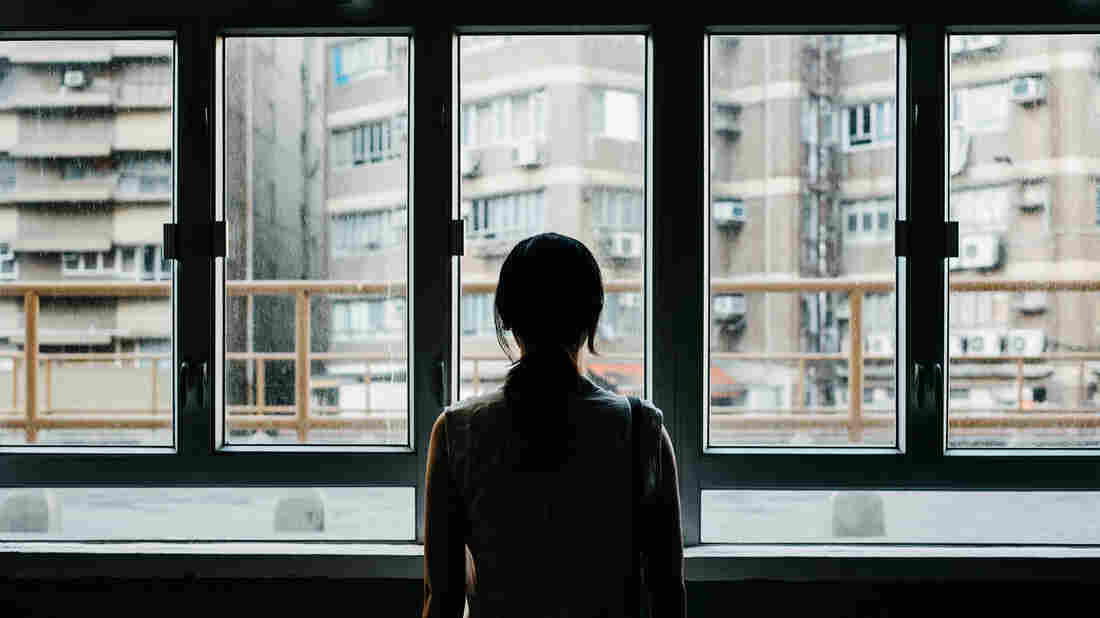 Is staying at home giving you pandemic restlessness? Try a new window’s view — or explore a new place on a “walk.” d3sign/Getty Images hide caption

Maybe it’s been awhile since you got out. Staying home during the coronavirus pandemic has meant your view has not changed. For months.

Try a change of scenery — without going outside.

Take in a view from Mumbai, India, where a steady rain drizzles in a park. Or from a balcony in Luneberg, Germany, where a family splashes in a pool. Or from an apartment in Sao Paulo, Brazil, with the sun setting over a construction site.

Those are just some of the everyday vistas on window-swap.com, a website that Sonali Ranjit and her husband Vai Balasubramanian recently created after feeling cooped up in their one-bedroom apartment in Singapore.

“I was thumbing through Instagram and I saw this picture of a friend of mine in Barcelona,” Ranjit told NPR. “He has this beautiful view outside his window, but he was in lockdown as well. And he was kind of he was complaining about how bored of it he was.”

Balasubramanian says they wanted to help people feeling wanderlust to virtually gaze out windows around the world. Thousands of submissions – each a 10-minute high-definition video with sound — poured in.

“It started off with a bunch [of submissions] from Germany, then it moved on to Russia. Then then it kind of took off from the states,” he said.

The site builds on the appeal of other virtual escapes — like walking tour videos, which have been offering relief from pandemic restlessness since lockdowns began in March. Although these walks are not a new idea, the videos are racking up views into the millions.

Travel the world without leaving home: stroll the River Walk in San Antonio, hike along the Swiss Alps, meander through Times Square in New York City, noodle around London in the rain and slip out into the streets of Tokyo after dark.

“No script. No predetermined plan. No editing,” says the 4K Walks YouTube channel. The 4K in 4K Walks is not reference to distance — it’s to high-definition pixel resolution.

The videos are almost a kind of reality television. There is no plot, no narrative and no point other than to drift between hyperawareness (is this man going to jay walk?) and utter oblivion (where even am I?).

Some walks feature accidental hilarity as a man trips on a shoelace in Rome, or small moments of drama as a woman nearly gets sideswiped by a bike on a Nairobi street.

But for the most part, the walks are bursting with the mundane annoyances that have become so rare in a COVID-19 world. For example: standing in a group waiting for the walk sign to turn and then crossing en masse.

They’re a small snapshot of a place and a brief respite from the status of quarantine.

Heidi Glenn adapted this story for the Web.