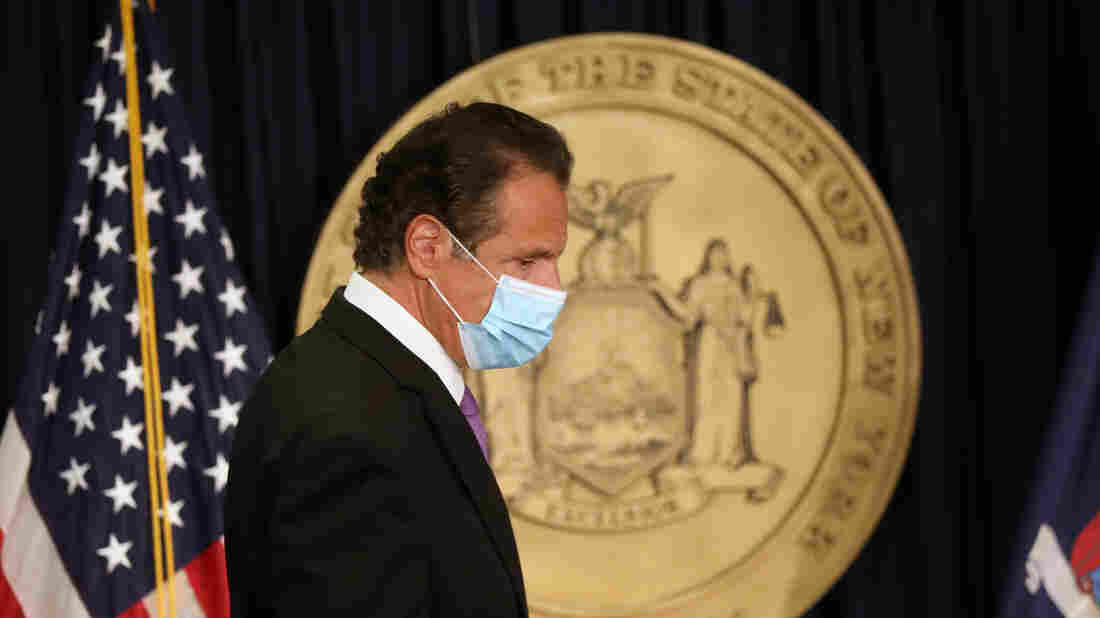 New York Gov. Andrew Cuomo, pictured at a news conference earlier this month, said Thursday that “we’re going to put together our own review committee headed by the Department of Health.” Spencer Platt/Getty Images hide caption

New York Gov. Andrew Cuomo says he doesn’t trust the Trump administration to deliver a safe and effective COVID-19 vaccine because the approval process has become so politicized that its integrity can’t be taken for granted.

The Democratic governor has often clashed with President Trump over the pandemic response.

“We’re going to put together a group [of scientists] for them to review the vaccine,” Cuomo said, adding that he wouldn’t recommend New Yorkers get vaccinated until that state-run process is complete.

“I want to make sure we know it’s safe to take,” he said.

On Wednesday, the president said that if the Food and Drug Administration issues stricter guidelines for a COVID-19 vaccine, he might not approve them and accused the agency of playing politics.

“The president is once again in a dispute with the FDA,” Cuomo said. “The FDA says they want to make the approval more rigorous, more transparent. The president says they’re trying to politicize it. Why would the FDA be politicizing the approval? Between the president and the FDA, only one entity is engaged in the political process and is headed for the Election Day. It’s not the FDA.”

The timing of a vaccine has increasingly been a source of contention. Trump has said a vaccine could be ready for widespread release as early as next month.

“We remain on track to deliver a vaccine before the end of the year and maybe even before Nov. 1,” the president said early this month. “We think we can probably have it sometime during the month of October.”

That’s a timeline some of President Trump’s own scientific advisers have called into question.

New York is still the state hardest-hit COVID-19, with more than 32,000 deaths so far, but stringent public health measures have sharply reduced infection rates. Roughly 1% of the state’s coronavirus tests now come back positive, and the number of people dying each day has fallen into the single digits, with just two fatalities reported statewide on Wednesday.