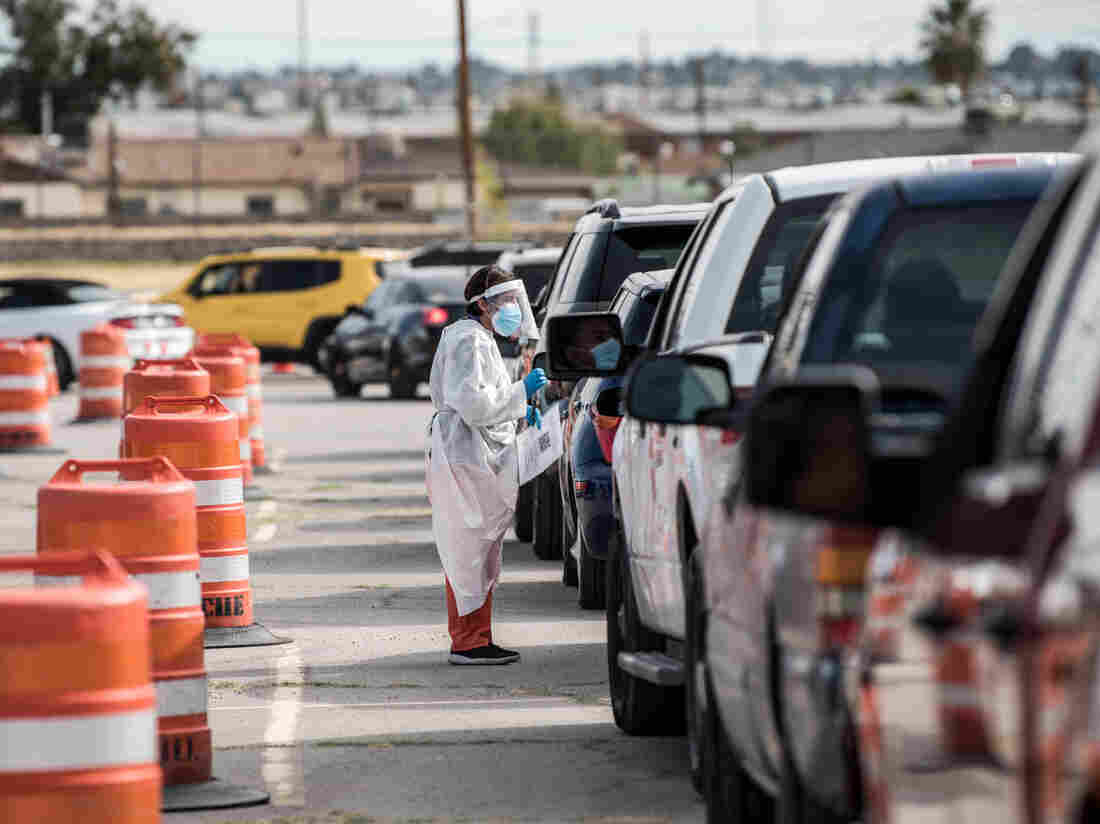 As the world surpasses 50 million COVID-19 cases, the U.S. is poised to cross the 10 million mark. The country is grappling with outbreaks acrossing the country, including in El Paso, Texas. Cengiz Yar/Getty Images

More than 50 million COVID-19 cases have been recorded around the world as of Sunday, according to the Johns Hopkins Coronavirus Resource Center.

The U.S., India and Brazil are three countries with the most cases and account for nearly half of the world count. The U.S. alone is poised to hit 10 million cases as cases and hospitalizations continue to climb.

This week the U.S. hit another grim milestone as it surpassed 120,000 new confirmed cases reported each day for Thursday through Saturday. More than 237,000 Americans have died from COVID-19 since the pandemic began, and the 7-day moving average of new cases is now more than 110,000, more than double what it was a month ago.

Dr. Albert Ko, professor and department chair of epidemiology of microbial diseases at the Yale School of Public Health, told NPR last week that those numbers could double again before the end of the year.

Experts are also concerned about potential spikes as many Americans consider traveling and gathering with family and large groups for Thanksgiving and other holidays.

While he said testing can help, former FDA Commissioner Scott Gottlieb cautioned against holiday gatherings and encouraged the use of high quality masks during an interview on Face the Nation on Sunday.

As the U.S. continues to grapple with the crisis, President-elect Joe Biden said he would announce a coronavirus taskforce that will prepare to implement the Biden-Harris plan laid out by the campaign.

Many countries in Europe are also experiencing a second wave, with France, Spain and the United Kingdom each breaking the 1 million cumulative case mark in late October. All three countries have implemented new lockdown measures as they try to combat the latest outbreaks.