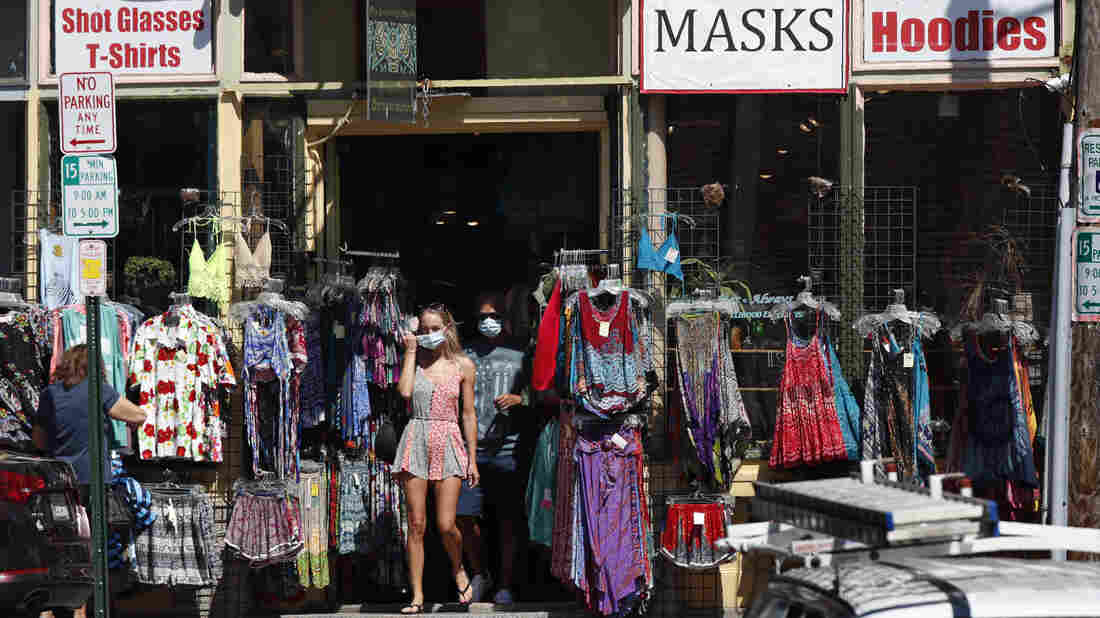 A coronavirus outbreak linked to a wedding reception has infected at least 87 people in Maine, according to the state Center for Disease Control and Prevention. Robert F. Bukaty/AP hide caption

A coronavirus outbreak originating from a wedding reception in Maine earlier this month continues to grow. Health officials say cases linked to the event have spread to a rehabilitation center and a jail.

At least 87 coronavirus cases are associated with an outbreak from the Aug. 7 wedding at a church in Millinocket and a reception at the Big Moose Inn, Dr. Nirav Shah, director of the Maine Center for Disease Control and Prevention said Thursday.

“What concerns me in this situation is the fact that the number of individuals who were affected from that initial setting … was higher than we would have anticipated,” he said during virtual press briefing. “It suggests that there was already community transmission happening in Penobscot County by the attendees, and when they came together it was kind of like a powder keg that was giving off sparks, and generated a higher-than-expected number of cases.”

The risk now is that this outbreak could “spiral,” and these 87 cases could keep growing, Shah said. State data show that so far, Maine has recorded 4,436 cases of the coronavirus and 132 deaths.

The outbreak affected those who attended the wedding events, and also nine cases at the Maplecrest Rehabilitation & Living Center in Madison and 18 cases associated with the York County Jail complex, Shah said. At least one person has died after contracting COVID-19 from someone who attended the wedding, Millinocket Regional Hospital said in a statement.

“Because we have identified an epidemiological link between and among all of these cases, they constitute a single outbreak,” Shah said.

Of the 65 people who attended the wedding, 30 people contracted COVID-19, Shah said. They infected 35 other people, and those people infected 22 more people. Among the 87 people total who were infected, 59 of them have shown symptoms.

The state suspended the Big Moose Inn’s business license on Wednesday, said Jeanne Lambrew, commissioner of the Maine Department of Health and Human Services. State authorities initially issued a health hazard citation to the venue for hosting the wedding reception that exceeded the 50-person limit on indoor gatherings in the state. If the inn operates outside of the suspension, it will be fined.

Officials said health inspectors discovered additional public health violations on a follow-up visit to the inn, which led to the suspension. Dining room tables were placed indoors within six feet of each other and employees were not wearing face coverings.

“We are working with the Big Moose Inn to bring them into compliance because all of our public health emergency enforcement tools is less about punishment and more about prevention,” Lambrew said.

Shah urged Maine residents and businesses to comply with restrictions on indoor and outdoor gatherings to prevent the spread of the virus. He said the duration and density of an event are the two factors that drive the potential for an outbreak.

“What we saw here was an event — a wedding and then a reception — so a long-duration event with a fair number of individuals, greater than the 50 that are allowed,” he said. “When we see those two factors combine, time and time again, not just in Maine, but across the globe, we see the potential for outbreaks.”

Maine’s positivity rate for the virus remains less than 1% on average over seven days, Shah said. Testing volume in the state has also jumped by 53% in the past 30 days, with 44% of that growth happening over the past seven days.

Shah emphasized the importance of testing in tracing the virus. Despite new guidance from the Centers for Disease Control and Prevention, Shah said Maine will continue to test asymptomatic patients who were potentially exposed to the virus.

“Our view is that you don’t stop the plows in the middle of the storm, you keep plowing,” he said. “Or in this setting, you keep testing.”