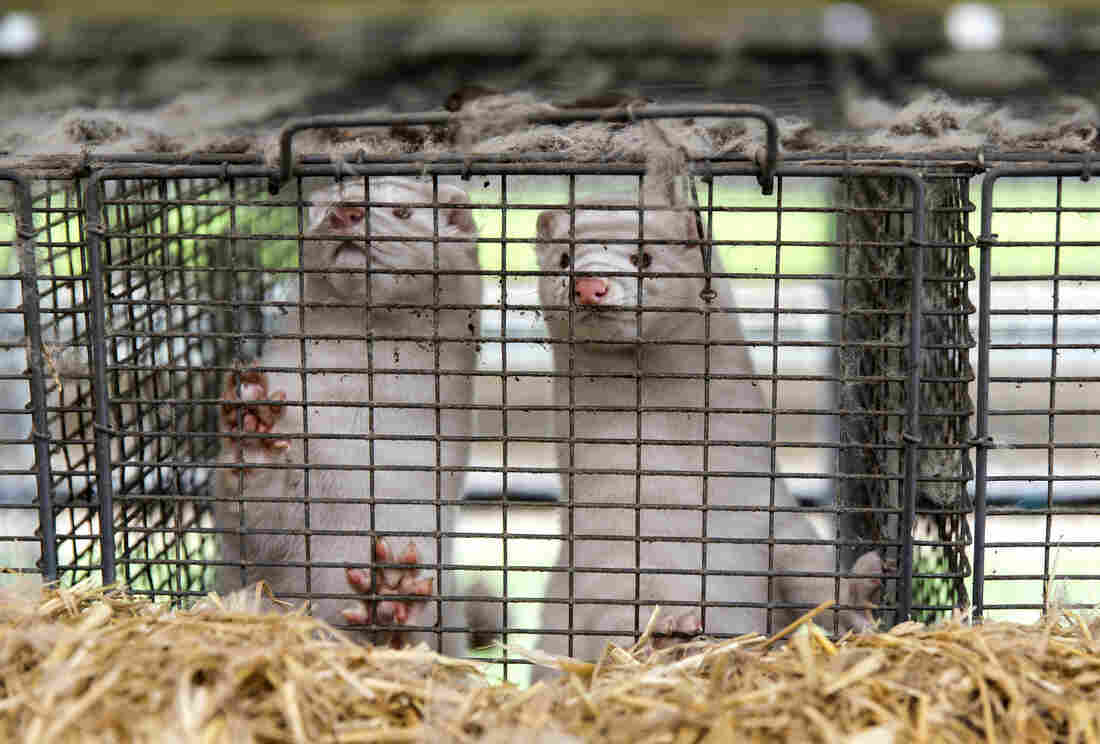 Minks are seen here last week at an estate in Denmark, where the government has ordered the culling of all minks due to an outbreak of the novel coronavirus in the animals. The virus has now been found in minks in Greece as well. Ole Jensen/Getty Images

Mink at two farms in northern Greece have been found to have the coronavirus, according to an official in the country’s agriculture ministry.

The strain found in the mink is the same one found in humans, the official said, according to the Greek newspaper Kathimerini. The breeder at one of them also tested positive for the virus.

The 2,500 minks on one farm have since been culled, the newspaper reports the agriculture ministry official as saying, after samples from the animals there tested positive for the virus.

Testing of workers at mink farms in the Kastoria area found 10 positive cases, the newspaper says. The trade in mink fur is an important source of income for the area.

Danish authorities have announced plans to kill Denmark’s entire population of up to 17 million minks, after discovering that some of the animals carry a mutation of the virus that passes to humans.

The World Health Organization said earlier this month that 12 people have been found to have the mutated virus strain so far in Denmark.

The primary mink fur-selling cooperative in Denmark said Thursday that they will “gradually downsize” and eventually shut down over the next two to three years. “Unfortunately, even the strongest community cannot survive the consequences of the decisions that have now been made,” Kopenhagen Fur CEO Jesper Lauge said in a statement.

Joanna Kakissis contributed to this report from Greece.