The Chicago Teachers Union voted on Sunday to continue remote work only, in defiance of the school district’s plans for K-8 teachers and staff to return to classrooms this week. Here, a sign in front of Martin Luther King, Jr. Elementary School in September. Scott Olson/Getty Images

Teachers at Chicago Public Schools were slated to return to the classroom on Monday, in preparation for the return of students to the district’s K-8 schools next week.

But on Sunday, a majority of the Chicago Teachers Union’s membership voted in favor of a resolution to continue to work remotely. The union said 71% of its voting members had voted to conduct remote work only, with 86% voter participation.

The Chicago Board of Education, which is appointed by the mayor, had ordered teachers and support staff for kindergarten through eighth grade appear in person on Monday in the country’s third-largest school district.

After the union vote, the district said it had pushed back the return of K-8 teachers and staff until Wednesday to “ensure we reach a resolution without a disruption to student learning.”

The district and the union “now agree on far more than we disagree, but our discussions remain ongoing,” Chicago Public Schools CEO Janice Jackson and Chief Education Officer LaTanya McDade said in a statement Sunday.

The union said the district made that move unilaterally.

The district has pointed to Catholic schools in the city that have been open for months.

CPS released figures last week that showed only 19% of students eligible for in-person learning have returned to classrooms – just half of what the district said in December it expected, NPR member station WBEZ reported.

The union says those numbers show that the “district doesn’t need anywhere near all of our membership to return to meet that need.”

The union argues that the return of teachers and staff to classrooms should be phased in as staff receive the coronavirus vaccine. School staff are eligible for vaccination beginning Monday, but it could take months to vaccinate everyone. CPS expects to receive supplies to conduct vaccinations directly starting in mid-February.

Mayor Lori Lightfoot says the battles with the teachers union has led parents to consider moving to other school districts.

“Here’s what I’m hearing from residents all around the city and from parents in particular: If we don’t have stability in the public school system, why should we stay in Chicago? If we have to worry about lockouts and strikes, particularly after a historic contract where everyone thought we had bought labor peace for five years, people vote with their feet,” Lightfoot told the Chicago Tribune. 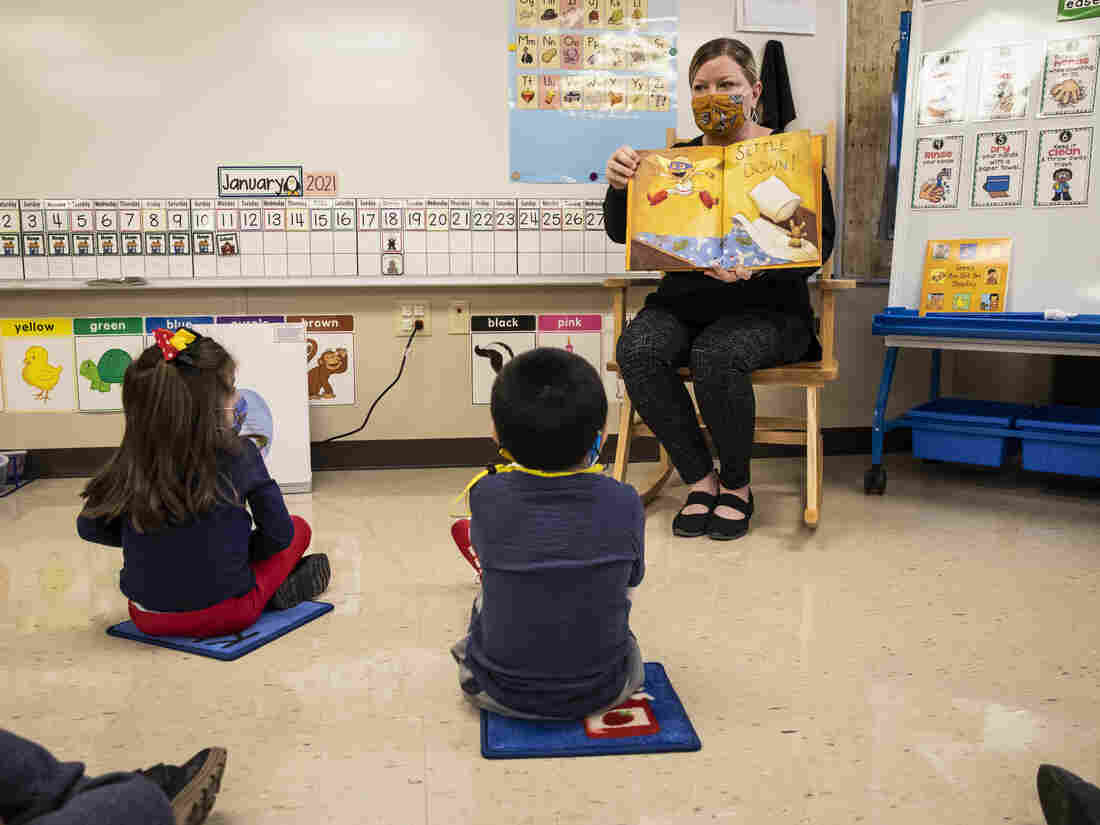 The union retweeted staff and parents who said Lightfoot’s remarks showed her to be primarily concerned for wealthy families who have the ability to move.

In 2019, a 15-day strike resulted in increased pay for teachers, $35 million to reduce overcrowded classrooms, and the district adding a nurse and a social worker at each school within five years.

Jackson, the district CEO, says CPS has spent more than $100 million on measures to reopen safely, including the purchase of more than 25,000 HEPA air purifiers.

The district has not announced when high schoolers will return for in-person instruction.