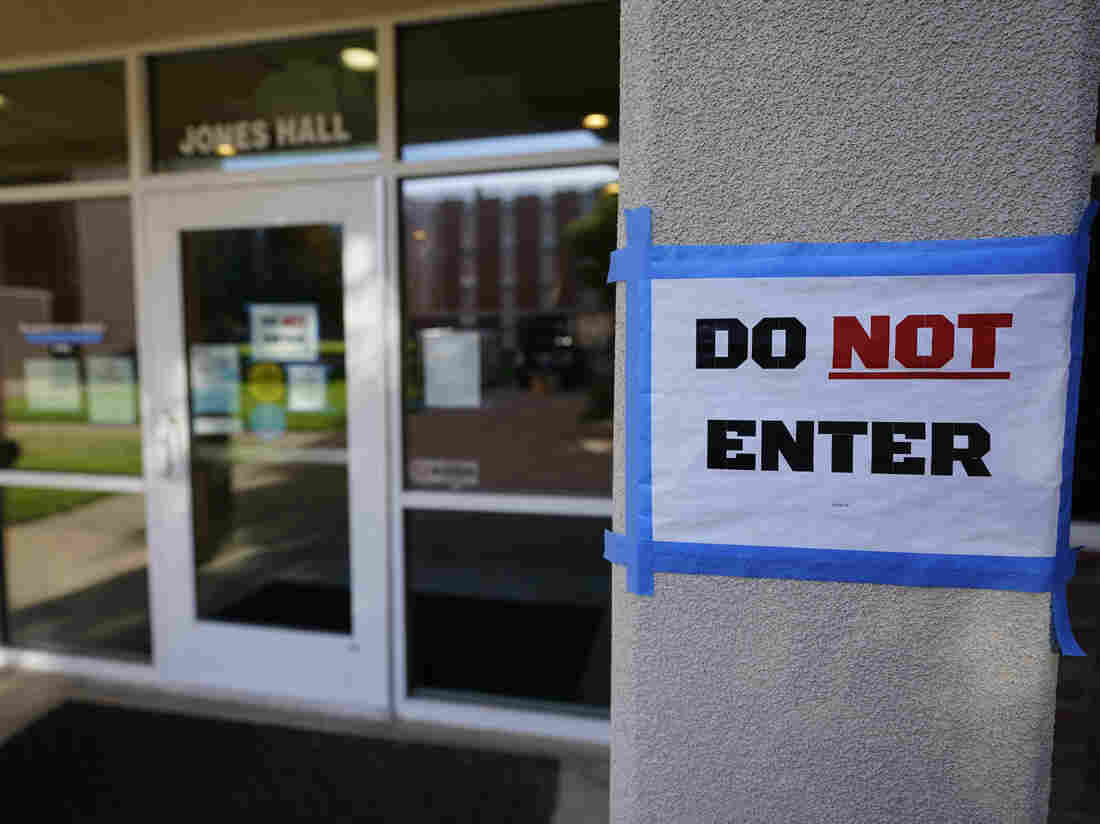 The doorway to Jones Hall is shown at Utah State University in September, where about 300 students were being quarantined to their rooms as a precaution. Rick Bowmer/AP

Federal health officials are likely to shorten their recommendation for how long people should quarantine to reduce the risk of spreading the coronavirus from the current 14 days to as few as seven.

Current Centers for Disease Control and Prevention recommendations call for two weeks of isolation from the last contact with a person known to have COVID-19. However, Adm. Brett Giroir, a member of the White House Coronavirus Task Force, said Tuesday that health officials were rethinking that recommendation, citing “a preponderance of evidence that a shorter quarantine complemented by a test might be able to shorten that quarantine period.”

“We are actively working on that type of guidance right now, reviewing the evidence, but we want to make absolutely sure,” he said, adding that “these kind of recommendations aren’t willy nilly.”

The exact language of the new guidelines and when they might be announced remains unclear, but according to a federal official who asked not to be named because they weren’t authorized to speak publicly about the issue, the recommended quarantine time is likely to be just seven to 10 days for people who then test negative for the virus.

Jennifer Nuzzo, a senior scholar at the Johns Hopkins Center for Health Security, said she would welcome such a revision.

“I was really glad to hear CDC is considering this,” she told NPR in an email. “Shortening quarantine recommendations to focus on the period of time during which the vast majority of people who are exposed to the virus are likely to become contagious is a smart, pragmatic move that is likely to boost compliance.”

Last month, the CDC revised its language on what it defines as “close contact” with a COVID-19 infected person. Previously, health officials considered close contact to be spending 15 consecutive minutes within 6 feet of a person with a confirmed case. But the CDC changed its definition to being within 6 feet of an infected person for a total of 15 minutes or more over a 24-hour period.

The change followed a study by the CDC and Vermont health officials finding that multiple short exposures to people confirmed to have COVID-19 led to transmission of the virus.