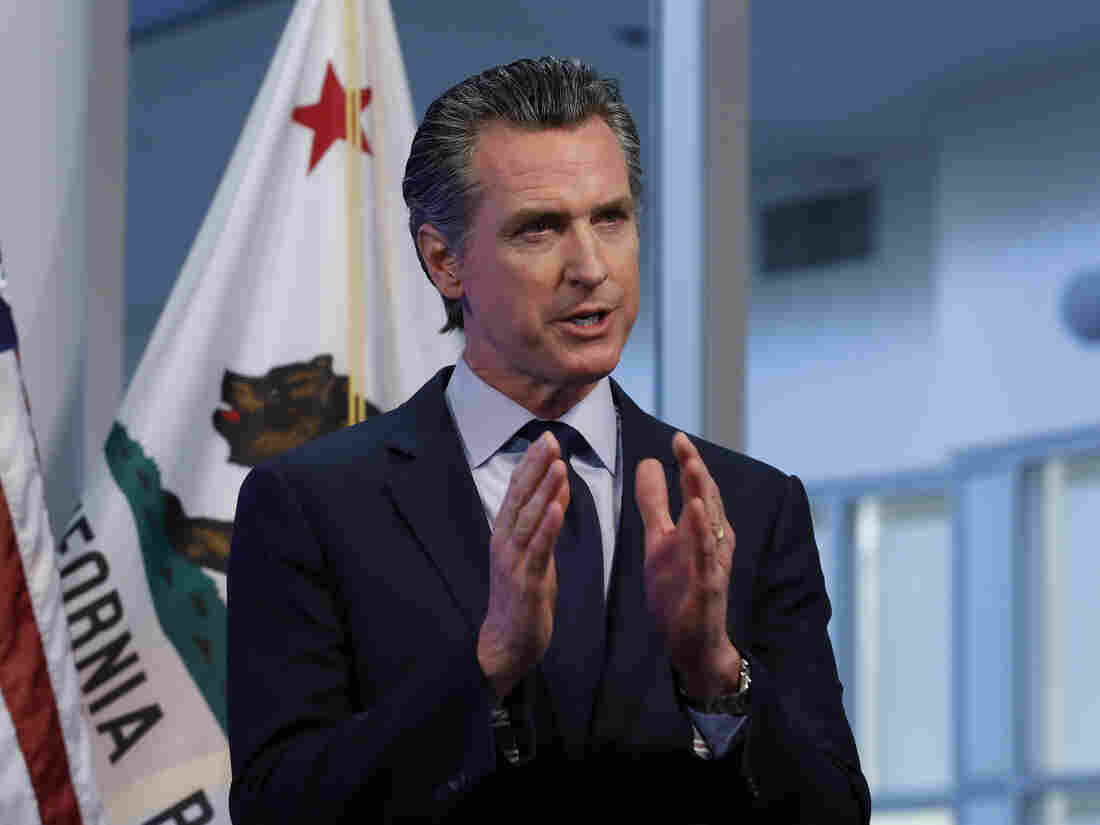 Gov. Gavin Newsom, pictured in April, opted not to respond to questions about the resignation of the state’s director of the Department of Public Health. Bloomberg/Bloomberg via Getty Images hide caption

California’s coffers are nearly exhausted and forcing the state to cover a part of extended unemployment benefits would cause “enormous economic strife and enormous stress,” Gov. Gavin Newsom said on Monday.

Despite the state’s robust reserves at the start of the year, Newsom said, President Trump’s latest executive order would put the state in a perilous position.

Over the weekend Trump bypassed Congress, signing an executive order that would extend now-expired unemployment payments to $400 a week for those whose jobs have vanished in the fallout of the coronavirus pandemic. However, the plan requires states to provide a quarter of the payments.

That is just not possible, according to Newsom, who added it would cost $700 million a week to get checks in the hands of all of the state’s unemployed residents.

“There is no money sitting in the piggy bank of the previous CARES Act to be reprioritized or reconstituted for this purpose,” Newsom said. “Simply, it does not exist.”

Since mid-March, which marks the start of the statewide shutdown, more than 8 million people have applied for unemployment insurance.

Newsom added: “It would create a burden, the likes of which” the state has never experienced.

It would also lead to painful cuts across the state’s budget, the governor warned, calling the executive order “unusual.”

“Usually the federal government fronts the money, recognizing the scarcity of resources during an economic crisis,” he said.

Angell was the first Latina to hold the position and her resignation comes less than a year since landing the job.

While she did not elaborate on the sudden move, it comes after a disastrous week for the department. A couple of glitches in the state’s daily coronavirus case reporting system indicated infections had gone down, when in reality the numbers were much higher. Still, those figures were used by various municipalities to determine whether to reopen businesses and schools.

Two people have been chosen to replace Angell. One will serve as acting health director, while the other will be the acting public health officer.