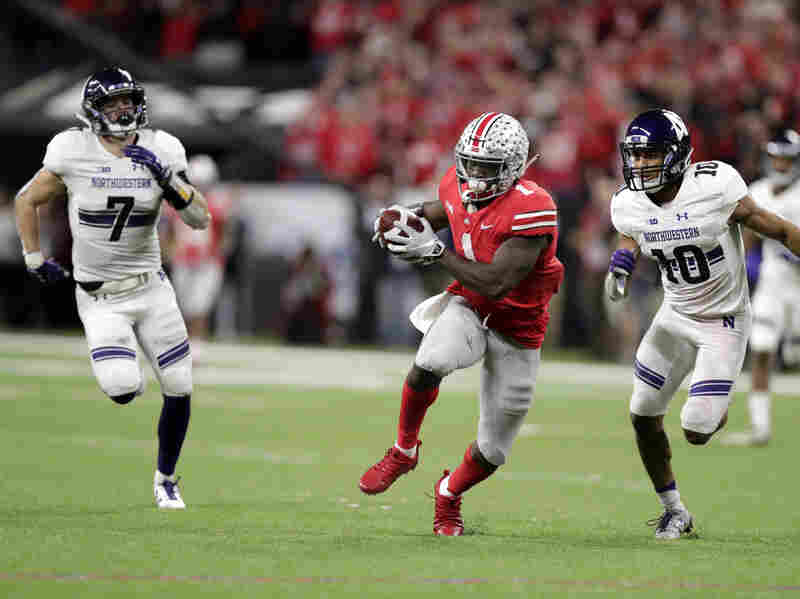 The Big Ten will return to football next month. The conference represents programs such as Ohio State and Northwestern, shown here during a 2018 game. Michael Conroy/AP hide caption

The Big Ten Conference said it will return to football on the weekend of Oct. 23-24, a reversal from the conference leadership’s decision a little more than a month ago to sideline its football program in the fall due to coronavirus concerns.

Conference officials announced ramped-up safety protocols on Wednesday, such as daily coronavirus tests for athletes and coaches, new screening protocols and procedures for when athletes contract the virus.

On Aug. 19, Big Ten Commissioner Kevin Warren wrote in an open letter that the decision to postpone was based on the counsel of medical experts and would not be revisited. He said then that the conference would look at the possibility of competitions for football and other fall sports in the spring.

The Big Ten was the first of the major Power Five conferences to cancel the fall sports schedule. It faced pushback from coaches, players, parents and President Trump to reverse its decision.

On Wednesday, Trump praised the new announcement on Twitter and said “it is my great honor to have helped.” The conference is expected to provide an update “shortly” on its other fall sports as well as winter sports that begin in the fall.

The return of the Big 10 will likely put pressure on another major college football conference, the Pac-12, which suspended its fall sports on the same day the Big 10 did.

Pac-12 officials have not said when sports might return. However, on Sept. 3, the conference announced a testing partnership that officials said signals “a major step toward the safe return of sports competition in the Pac-12.”

Under its new COVID-19 guidelines, the Big Ten will require athletes and staff members on the field to undergo daily coronavirus testing. Athletes who test positive won’t be allowed to play for at least 21 days.

“Our goal has always been to return to competition so all student-athletes can realize their dream of competing in the sports they love,” Warren, the Big Ten commissioner, said in a statement.

The Big Ten’s announcement comes after Louisiana State University Tigers head football coach Ed Orgeron said Tuesday during a news conference that “most” of his team has already contracted COVID-19, according to CNN. That program is part of the Southeastern Conference and is set to resume play later this month.

The Big 12 Conference, which includes the University of Texas at Austin, the University of Oklahoma and West Virginia University, elected to proceed with its football season back in August. It has seen games postponed due to COVID-19 outbreaks or concerns.