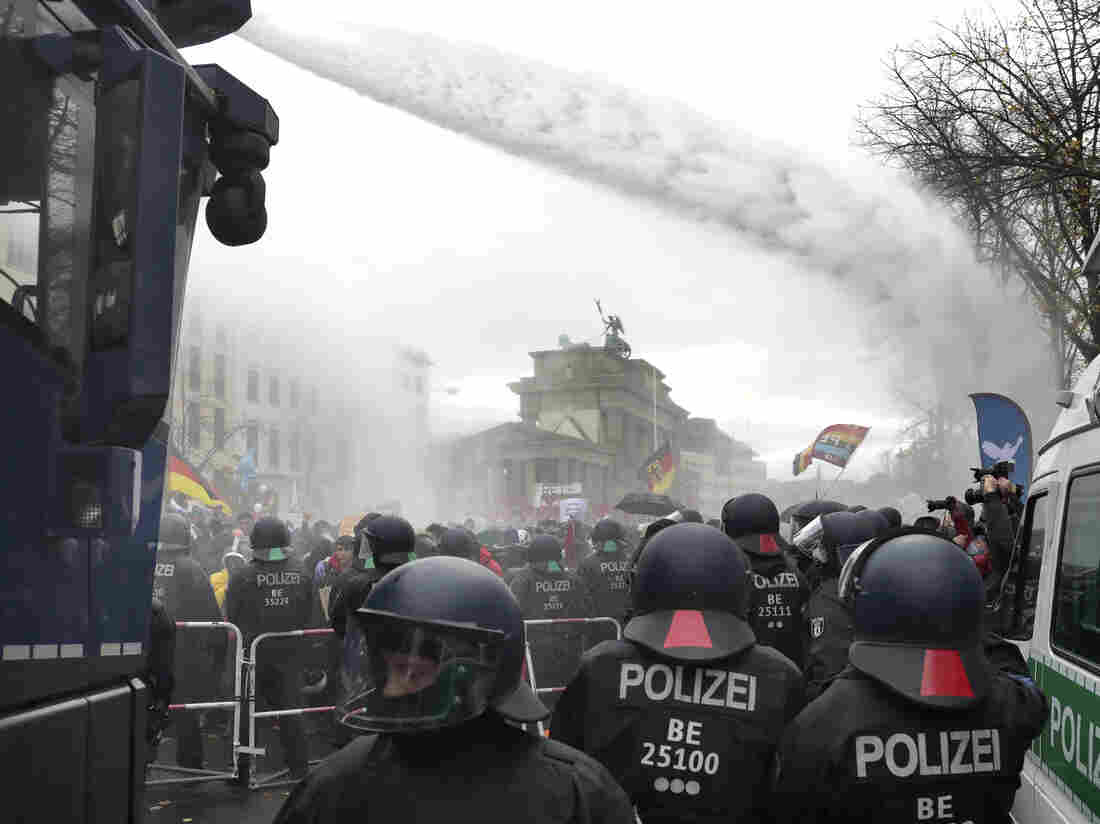 Police in Berlin used water cannons Wednesday to disperse thousands of protesters who refused to wear masks and keep their distance from one another as required by pandemic regulations.

Protesters had gathered at the city’s landmark Brandenburg Gate as German lawmakers debated a bill that will provide the legal underpinning for the government to issue social distancing rules, require masks in public and close stores and other venues to slow the spread of the coronavirus.

After repeated warnings to leave the area, police fired water cannons while officers in riot gear moved through the crowd to carry away protesters who refused to leave.

Most Germans support their country’s coronavirus restrictions, which include a federal lockdown that will last through the end of November, but a vocal minority has staged regular rallies around the country arguing that the measures are unconstitutional. 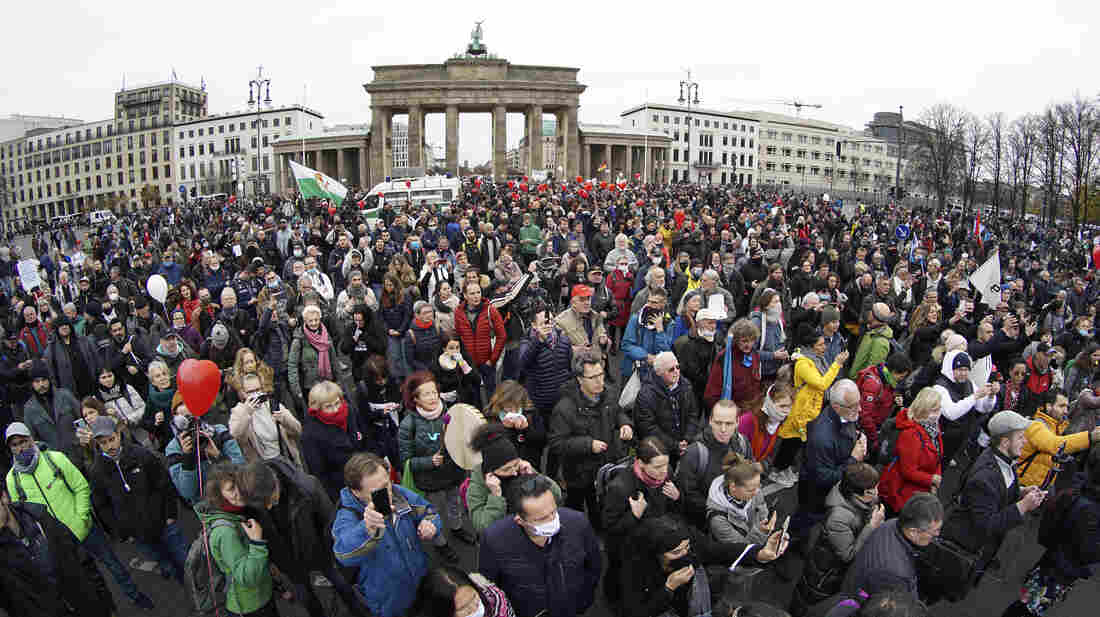 Thousands gathered in front of the Brandenburg Gate in Berlin on Wednesday, protesting coronavirus restrictions in Germany. Michael Sohn/AP

Health Minister Jens Spahn has defended the measures, pointing out that Germany has fared much better during the pandemic than many of its European neighbors.

“Where would you rather be than in Germany,” Spahn told members of parliament from the right-wing Alternative for Germany (AfD) Party, who have criticized the lockdown rules. 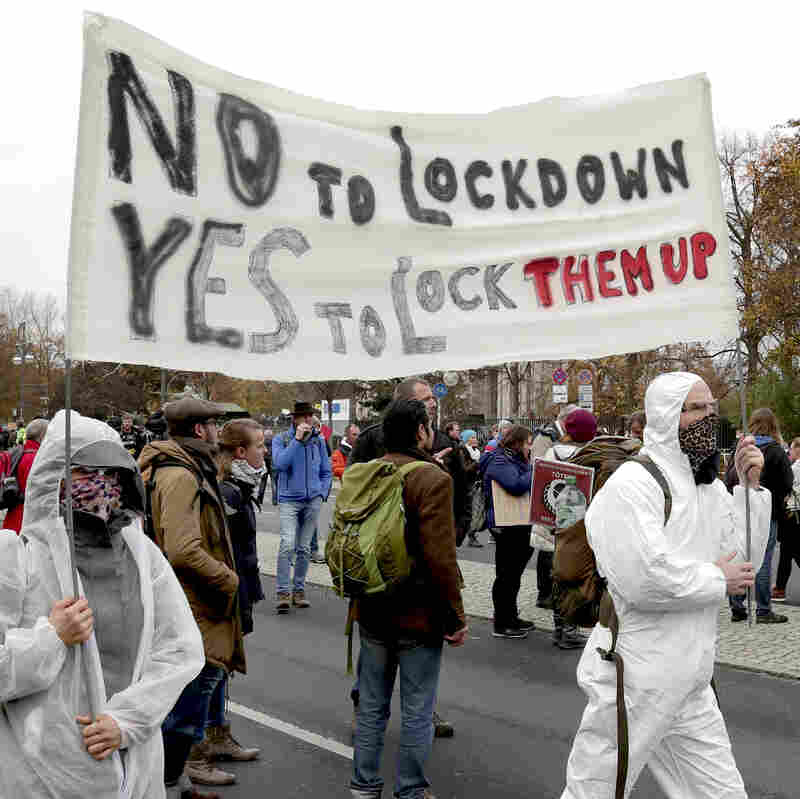 Demonstrators in front of the Brandenburg Gate in Berlin on Wednesday protesting pandemic restrictions. Michael Sohn/AP

Chancellor Angela Merkel said on Tuesday that 30 to 40% of Germans are at risk of contracting the coronavirus. “There are some areas I’m very concerned about,” she said, “including Berlin, where we don’t have control over coronavirus.”

German authorities had erected metal barriers to protect the Bundestag – Germany’s parliament – nearby parliamentary offices and Merkel’s office from Wednesday’s demonstrations. Protesters instead gathered near Brandenburg Gate and on surrounding streets and bridges.

They appeared to come from all walks of life, their political views ranging from far-left to far-right, and many were united in their belief that the coronavirus pandemic is a hoax.

According to the German tabloid Bild, a similar rally on Saturday featured an 11-year-old girl who spoke out against coronavirus restrictions, saying she was forced to celebrate her birthday with friends “in secret” and had to “be as quiet as Anne Frank” so that her neighbors wouldn’t denounce her, a reference to the Jewish teenager who hid with her family in an attic during the German occupation of the Netherlands in World War II and later died in a concentration camp.

Police responded on Twitter, saying the child’s comparison was “completely inappropriate and tasteless.”