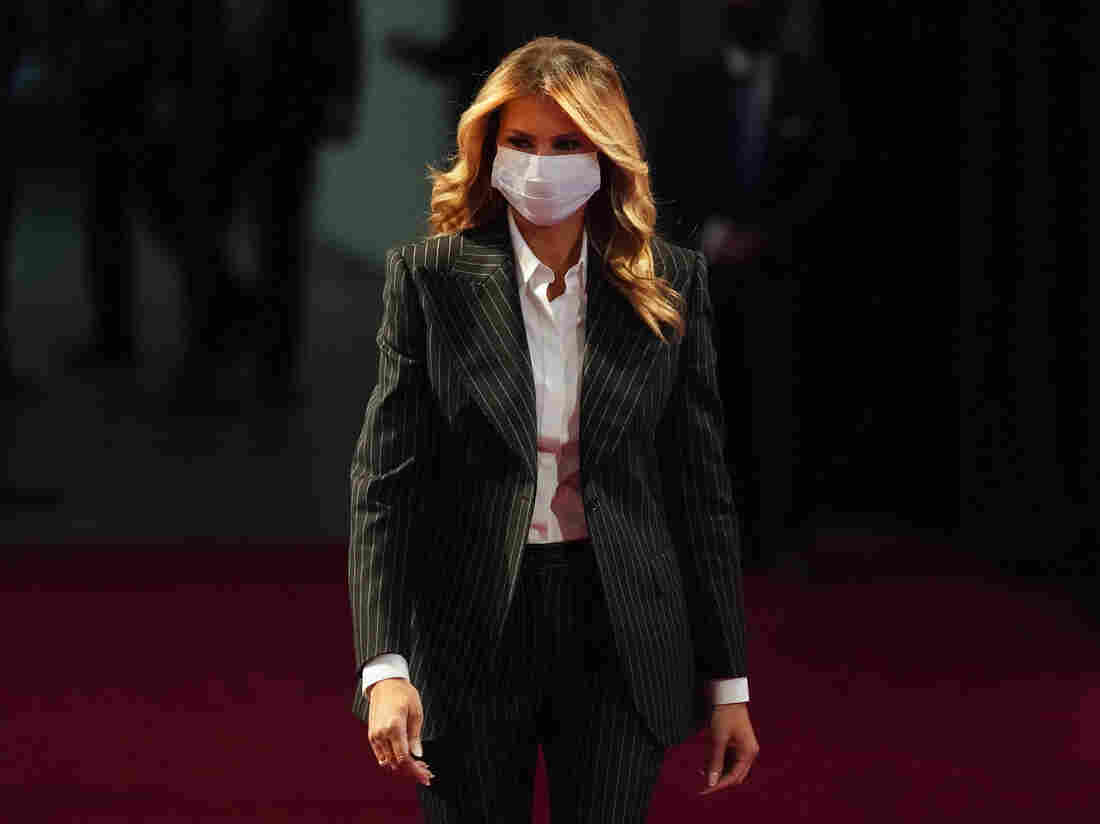 First lady Melania Trump, pictured wearing a face mask at the presidential debate on Sept. 29, said she and the Trumps’ son Barron, no longer test positive for the coronavirus. Julio Cortez/AP hide caption

The First Lady made the announcement on Wednesday in a post called, “My personal experience with COVID-19,” on the White House website, adding it was one of her greatest fears as a parent.

A wave of relief washed over her when the boy first appeared to be untouched by the virus after she and the president were diagnosed with the highly contagious coronavirus.

But that relief was short lived.

“I couldn’t help but think ‘what about tomorrow or the next day?’ ” she wrote.

“My fear came true when he was tested again and it came up positive. Luckily he is a strong teenager and exhibited no symptoms. In one way I was glad the three of us went through this at the same time so we could take care of one another and spend time together. He has since tested negative.”

She experienced “a roller coaster of symptoms” like aches, a cough and fatigue while recuperating at the White House. According to her own account, the first lady did not receive the same level of experimental drug therapies as the president, saying she took “a more natural route in terms of medicine, opting more for vitamins and healthy food” to help her recover.

Meanwhile, the president, who is 24 years her senior, suffered symptoms so severe that he was treated with oxygen and flown to Walter Reed National Military Medical Center where he received care for three days.

Over the course of her illness, Melania Trump said, she spent a lot of time in reflection about her family, the country and “staying true to who you are.”

“I want people to know that I understand just how fortunate my family is to have received the kind of care that we did. If you are sick, or if you have a loved one who is sick—I am thinking of you and will be thinking of you every day,” she said.

The first lady encouraged the public to “live the healthiest life they can.” And while she promoted the benefits of a balanced diet and fresh air, she did not mention the benefits of social distancing or wearing a mask.

“We are in unprecedented times—and with the election fast approaching, it has been easy to get caught up in so much negative energy,” she said.