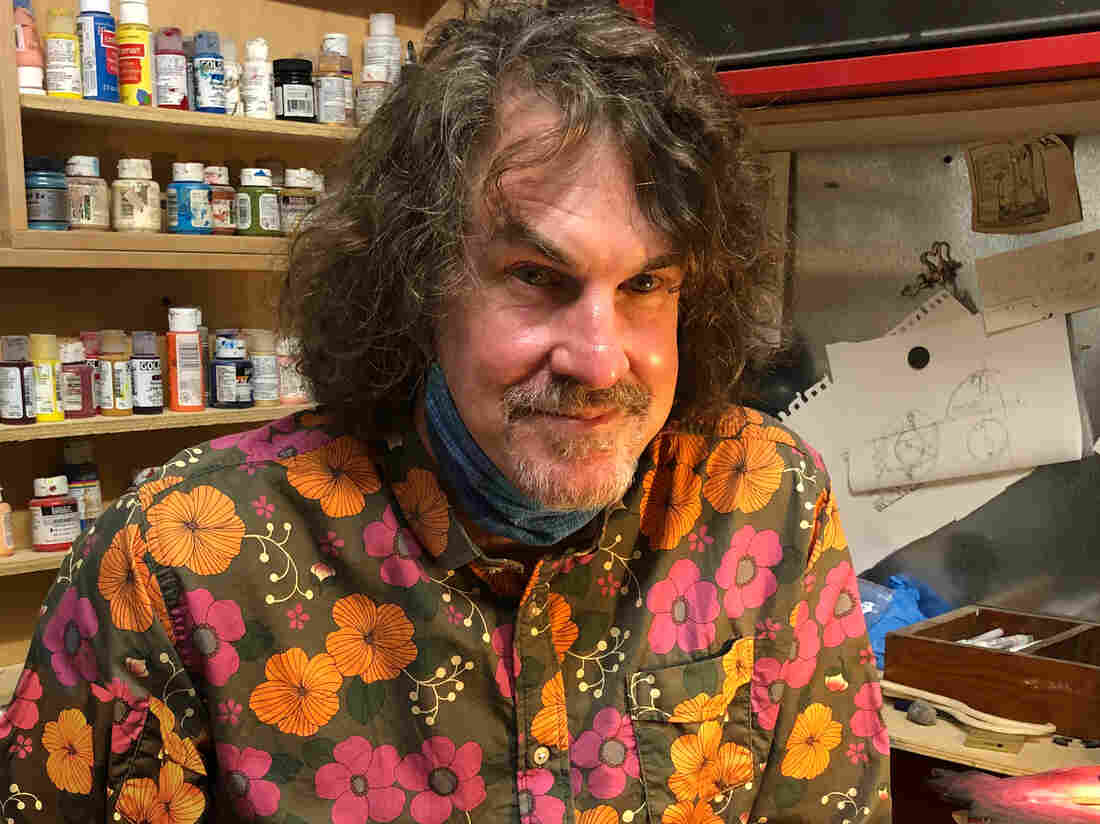 Don Becker is a Washington, D.C., artist who lost his job at an events company during the pandemic. He’s been making automatons during the lockdown. Barry Gordemer/NPR

When a Washington D.C. artist lost his job during the pandemic, he found comfort and order amidst the clutter of his home workshop.

Don Becker, 57, got laid off from his job as a set painter for a company that makes displays for conventions and large meetings. So he turned his attention to making automatons. They’re mechanical sculptures that come to life with the turn of a crank.

His woodcutter automaton features a round-bellied lumberjack standing in front of some little trees. He has an axe and a determined expression.

“When you turn the crank, he starts to turn and as he turns, his axe comes for the tree. And right before the axe hits the tree, the tree bends out of the way and he misses, Becker said.”

“At this point, the third tree, which is sort of standing up the side, the limb comes down and knocks him on the head. So a little tree payback, so to speak,” he says.

Automaton makers are part sculptor and part watchmaker. Becker’s figures are only a few inches tall. Most of the space is taken up by the gears, levers and pulleys that make the figures move. Each one of the parts is meticulously handmade. Instead of concealing them in a box, Becker leaves the mechanics out in the open.

“If you just see a little man standing on a platform jumping up and down, it’s like, OK, yeah, that’s kind of fun. But I think seeing the gears and seeing how it all works really adds to the sculpture,” he says.

Automatons have been around for thousands of years. Some of the first ones date back to ancient Greece. Archytas of Tarentum, who was friends with Plato, made a mechanical pigeon that was powered by compressed air.

Becker has been making automaton for five years. His latest creation is tailor-made for this moment in time. It features a little man wearing a mask.

“When you turn the crank, he drops the mask from his face. And just as he does that, this giant coronavirus will come out of nowhere and just squish him completely down to the ground … into a little pile of goo,” he says.

Becker said making automatons has helped him cope with being unemployed and being stuck at home during the pandemic. 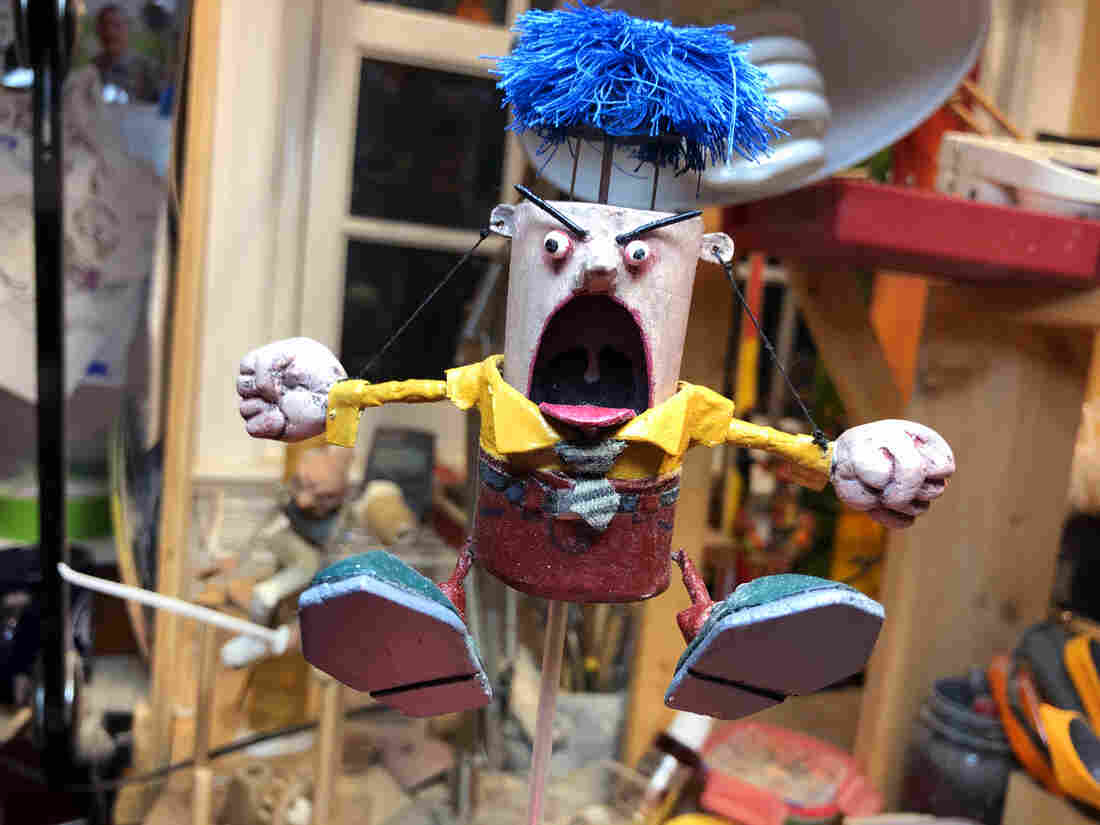 Don Becker’s “Angry Man” automaton slowly rises, shakes his fists and blows his wig off when you turn a crank. Barry Gordemer/NPR

“It gives me a sense of learning things and keeps my brain active. It’s very solitary and very quiet. I don’t have any music playing. It’s nothing for me to just be in my studio eight to 10 hours a day and I don’t even have a clock in my studio. That’s the knock on the door from my wife saying, are you going to be there all night? Have you eaten anything? She’s the timekeeper.”

Becker does not plan to sell his automatons.

“I just make it because I think it’s fun and a great way to spend the time as I’m finding ways to deal with time on my hands.”