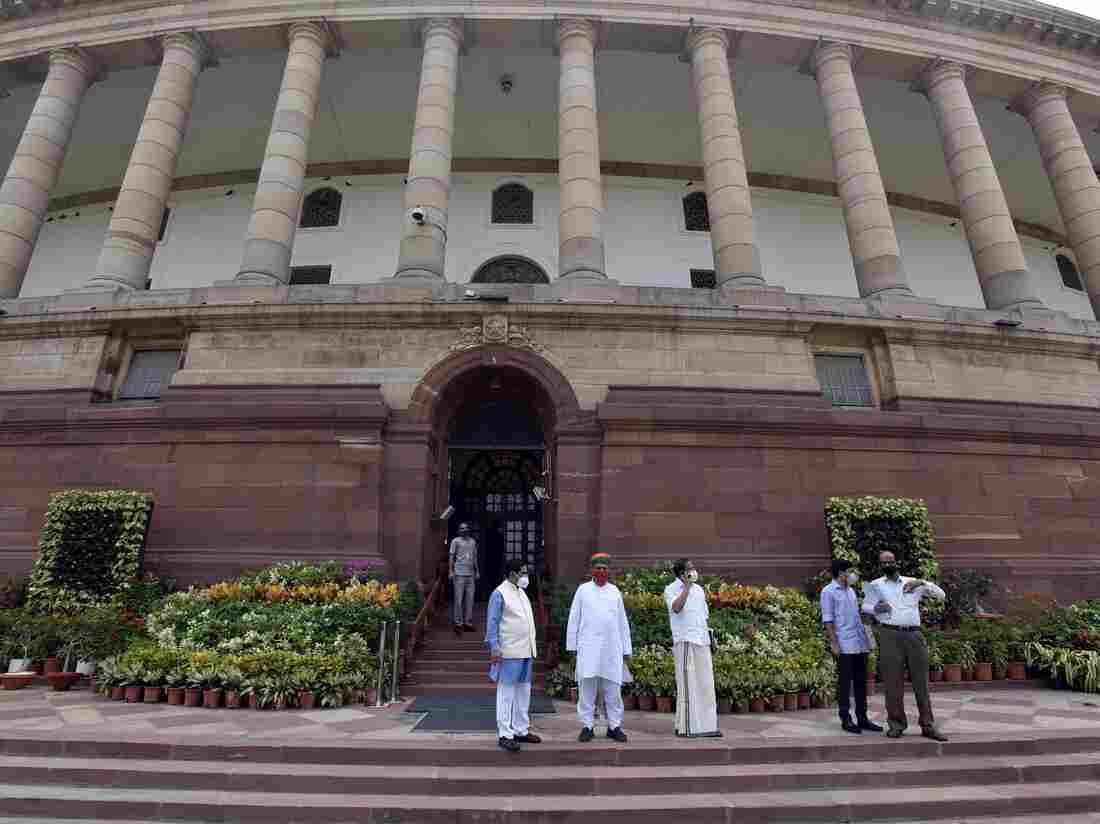 India’s parliament reopened Monday for the first time in nearly six months, but at least 25 lawmakers were barred from entering the chamber after testing positive for the coronavirus.

The virus is spreading faster in India than anywhere in the world, according to data compiled by Johns Hopkins University. India has been reporting nearly 100,000 new infections a day, despite a low testing rate per capita. More than 1,000 deaths per day have also been reported.

With nearly 5 million total confirmed cases, India is currently the second-most affected country, behind the United States. Nearly 80,000 people in India have died from COVID-19.

Indian lawmakers were required to get tested for the coronavirus 72 hours in advance of entering parliament Monday. Among those who tested positive, and were barred from entering, was Meenakshi Lekhi, a national spokeswoman for Prime Minister Narendra Modi’s ruling Bharatiya Janata Party, or BJP.

At parliament in New Delhi, lawmakers who tested negative were allowed to take their seats inside the chamber Monday, but at a social distance. They occupied every third seat, and were separated by plexiglass dividers. Everyone wore masks, and some lawmakers also wore face shields.

But many stayed away. Out of 541 lawmakers in the lower house, or Lok Sabha, only about 200 attended Monday’s session. A few dozen members sat in a visitors’ gallery above the main chamber.

There are a total of 785 lawmakers currently serving in India’s bicameral parliament. With 25 of them testing positive before Monday’s session, that’s at least a 3% infection rate – about 10 times higher than that of the general population. Many lawmakers also tested positive earlier in the pandemic and have since recovered.

Aside from officially confirmed cases, serological studies have shown that as many as one in four Indians already have antibodies against the coronavirus – suggesting the real rates of exposure to the virus may be much higher than the case number indicates.

India’s parliament convened Monday for the first time since March 23. The session has been shortened, with the Lok Sabha meeting in the mornings, and the Rajya Sabha, the upper house, conducting business in the afternoons.

There is a lot on Indian lawmakers’ agenda: They’re expected to debate measures to try to rescue India’s economy, and to address fraying relations with neighboring China.

Last quarter, India’s economy shrank by nearly 24%. An initial lockdown, imposed in late March, stranded hundreds of millions of poor laborers in urban centers and industrial zones, leaving many of them with little to eat. The government eased the lockdown in early June and announced $260 billion in aid, but that failed to halt economic losses.

Meanwhile, there have been skirmishes on the India-China border, high in the Himalayas, including a bout of bloody, hand-to-hand combat that left at least 20 Indian troops dead in June. Diplomats from both countries say they’re de-escalating and communicating. But there are fears of all-out war between the world’s two most populous countries, at a time of multiple crises.