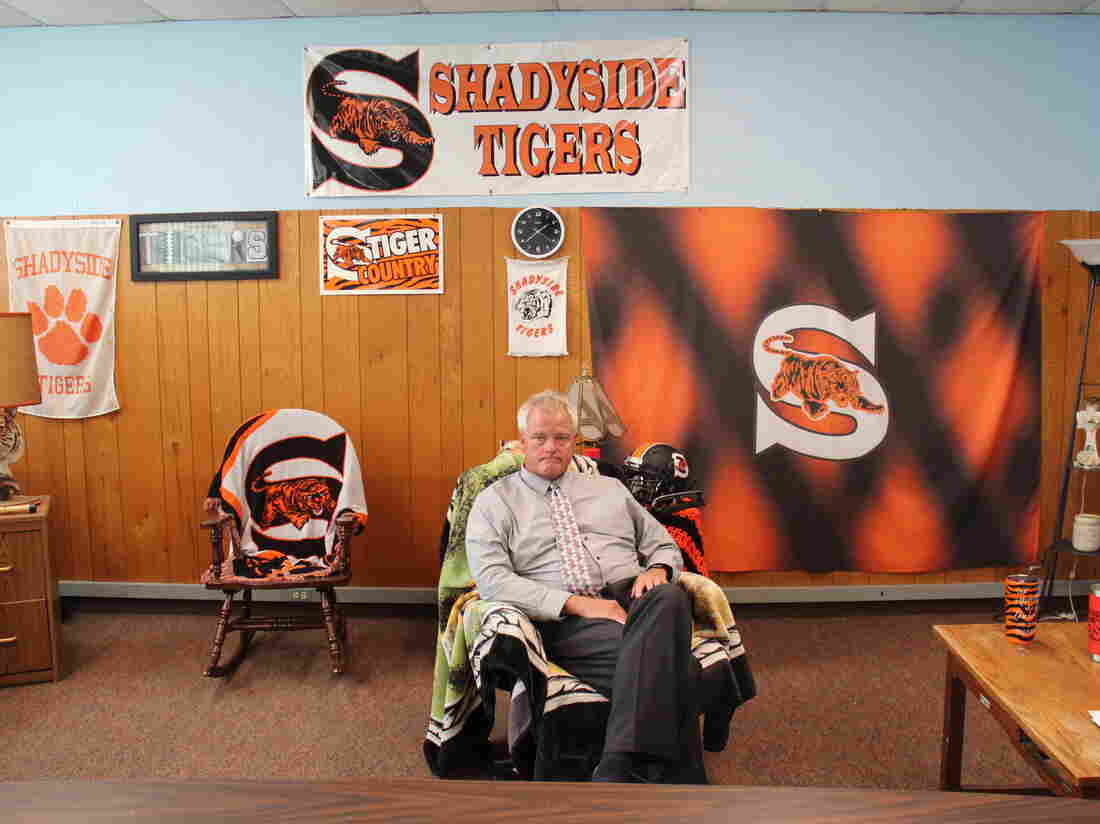 A Thailand-based oil and gas company had offered to pay for a new school in Shadyside, Ohio. But with its local project now on hold, superintendent John Haswell says all he can do is “wait and wait.” Reid Frazier/The Allegheny Front hide caption

From his bar in Shadyside, Ohio, Matt Coffland has been counting on his town getting a new petrochemical plant since it was first planned, seven years ago. He says the southeastern part of the state has long been neglected.

“For us to get something like that, rightfully, I think we deserve it by now,” he says.

The plant, to be built by Thailand-based oil and gas company PTT, would be a major construction project.

“You’re talking an influx of close to ten thousand people at one point,” Coffland says.

The ethane “cracker,” as it’s called, would turn natural gas from nearby wells into petrochemicals and plastics. It’s part of a much-planned wave of petrochemical construction across Appalachia.

Oil and gas backers say a decade of fracking has unlocked enough gas in this region for four or five chemical plants like PTT’s. But so far only one is under construction, a Shell plant near Pittsburgh, which President Trump has visited to tout U.S. “energy dominance.”

Now, as the Ohio project has stalled amid the pandemic, some wonder if it will ever be built.

A final decision was due this summer. But then came COVID-19 and PTT pushed it off. In July, citing the pandemic, one of the project’s investors backed out.

That was a disappointment for John Haswell, superintendent of the Shadyside Local School District. On one wall of his office are drawings for a brand new $30 million school complex. If the PTT plant goes ahead, the company has said it will pay for the badly-needed building. 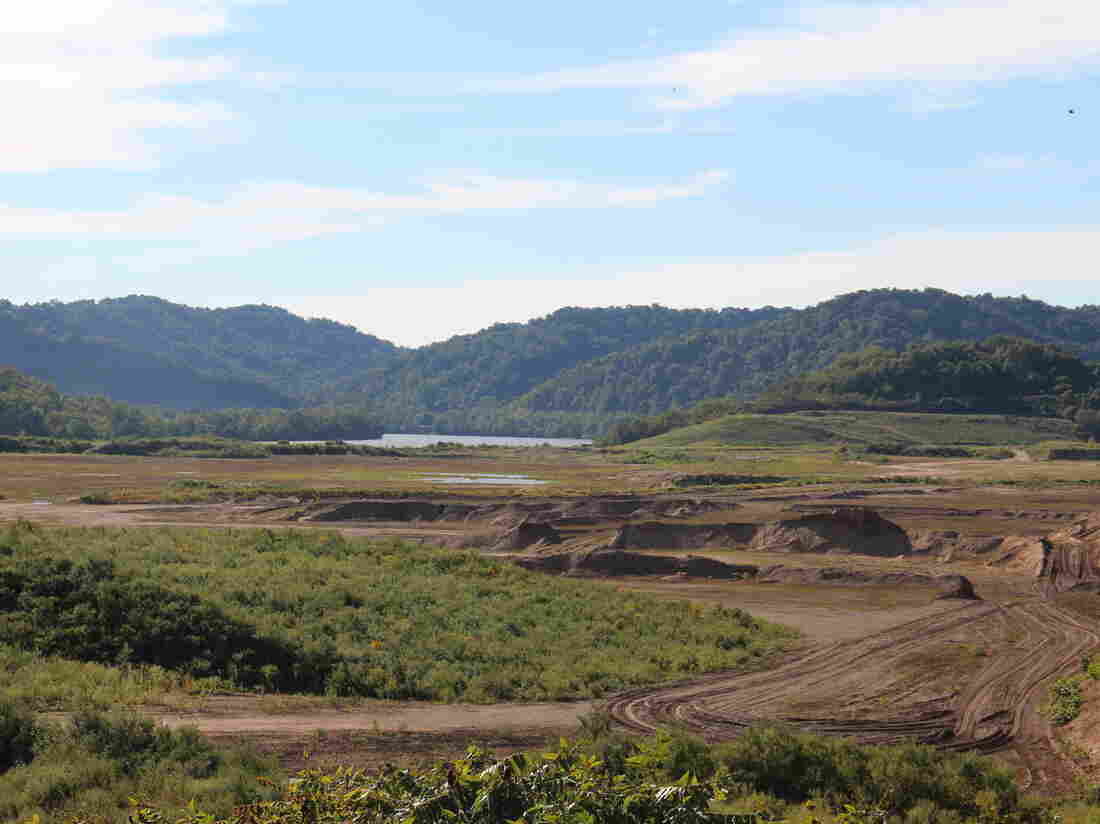 The site in Dilles Bottom, Ohio, where a large petrochemical plant is slated to be built. An investor pulled out in July citing the pandemic, but analysts also see a wider downturn for the industry. Reid Frazier/The Allegheny Front hide caption

Kathy Hipple, an analyst with the Institute for Energy Economics and Financial Analysis, which works toward sustainable energy, says the pandemic has certainly hurt demand for petrochemical products.

But she points out that projects in West Virginia, Texas, and Pennsylvania have also been delayed or canceled in the past year. She thinks the PTT decision is part of a larger downward trend for the industry.

“We view this as a market signal that the project has possibly become far too risky for them to continue,” she says.

Steve Lewandowski, a petrochemical analyst at research firm IHS Markit, thinks newly-built plants on the Gulf Coast and in China are creating an oversupply of plastics. He believes demand will eventually rebound, but agrees that the Ohio project doesn’t make financial sense for now.

“If it was such a compelling case to build there, that cracker would have been approved, under construction, and then there probably would be another one on top of that,” he says. “And it’s not.”

Not everyone is sad to see the project on hold.

Amanda Petrucci lives just across the Ohio River in West Virginia. She says her family has suffered from health problems, and she worries they’re linked to a nearby Superfund site. The prospect of a new petrochemical plant nearby had made her consider moving, so the delay came as a relief.

“I feel like I can kind of, just, hang out here for a little bit longer and enjoy life here,” she says.

Like others, she’ll have to wait and see what happens with the plant, whose future — like so many things right now — is up in the air.

This story was a collaboration with StateImpact Pennsylvania.