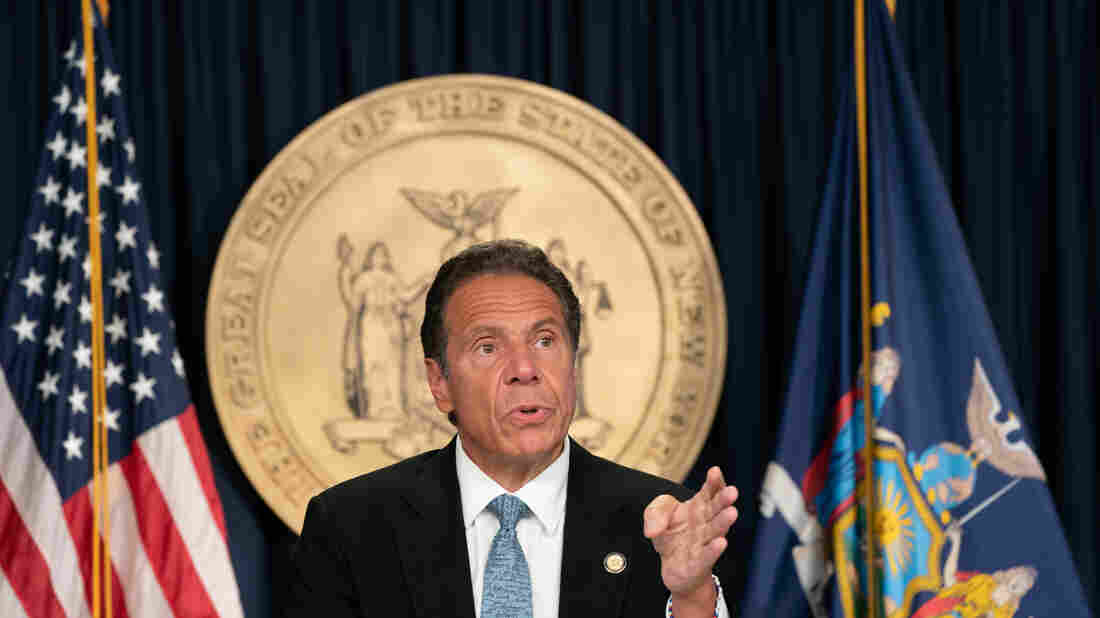 New York Gov. Andrew Cuomo, seen during a media briefing earlier this year, has been singled out for the International Emmy Founders Award for his public addresses on the coronavirus crisis. Jeenah Moon/Getty Images

The Emmys have always had a soft spot for politicians. In the past two decades, the annual television awards have dealt out nods or outright wins for a slew of famous names: There’s Selina Meyer, for one, not to mention Josiah Bartlet and Claire and Frank Underwood, among others.

The thing is, most of the time those politicians are, you know, fake.

The International Academy of Television Arts and Sciences announced Friday that it is breaking with tradition and awarding its International Emmy Founders Award to a real politician who is currently in office. New York Gov. Andrew Cuomo is being honored with the award for his daily coronavirus briefings earlier this year.

“The Governor’s 111 daily briefings worked so well because he effectively created television shows, with characters, plot lines, and stories of success and failure,” the academy’s president and CEO, Bruce Paisner, explained in a statement announcing the decision. “People around the world tuned in to find out what was going on, and New York tough became a symbol of the determination to fight back.”

The Founders Award, which Cuomo will receive Monday, annually recognizes an individual or group that “crosses cultural boundaries to touch our common humanity.” Since its inception in 1980, the award has gone to a slew of superproducers, industry executives and, yes, even a politician. Former Vice President Al Gore won the prize in 2007, but by then he was out of office.

Cuomo himself has not responded publicly to the announcement.

The governor earned plaudits for his early, aggressive approach to the coronavirus pandemic, which included a highly visible role as New York’s briefer-in-chief. For several months earlier this year, Cuomo stepped in front of the news media each day with new statistics, a new PowerPoint slideshow and the same acerbic delivery. The regular briefings helped buoy his approval ratings in New York and make him perhaps the country’s most recognizable Democratic leader in the struggle against COVID-19.

As the pandemic has stretched on, however, there has been mounting criticism of some of his policies, particularly an early mandate that nursing homes readmit hospital patients that tested positive for COVID-19. Before the order was amended in May, state authorities say more than 6,300 COVID-positive residents were admitted to these facilities — though they add that analysis “shows that [the initial order] could not be the driver of nursing home infections or fatalities.”

Some epidemiologists in the state have found that conclusion unconvincing, however, and critics have raised questions about the governor’s handling of other aspects of the pandemic, including the response of the state’s school system. Earlier this week, a testy exchange with reporters during one of his briefings also drew criticism from members of his own party.

In a conversation with NPR’s All Things Considered last month, Cuomo pointed to some things he would have done differently with the benefit of hindsight — but also defended his work in the state.