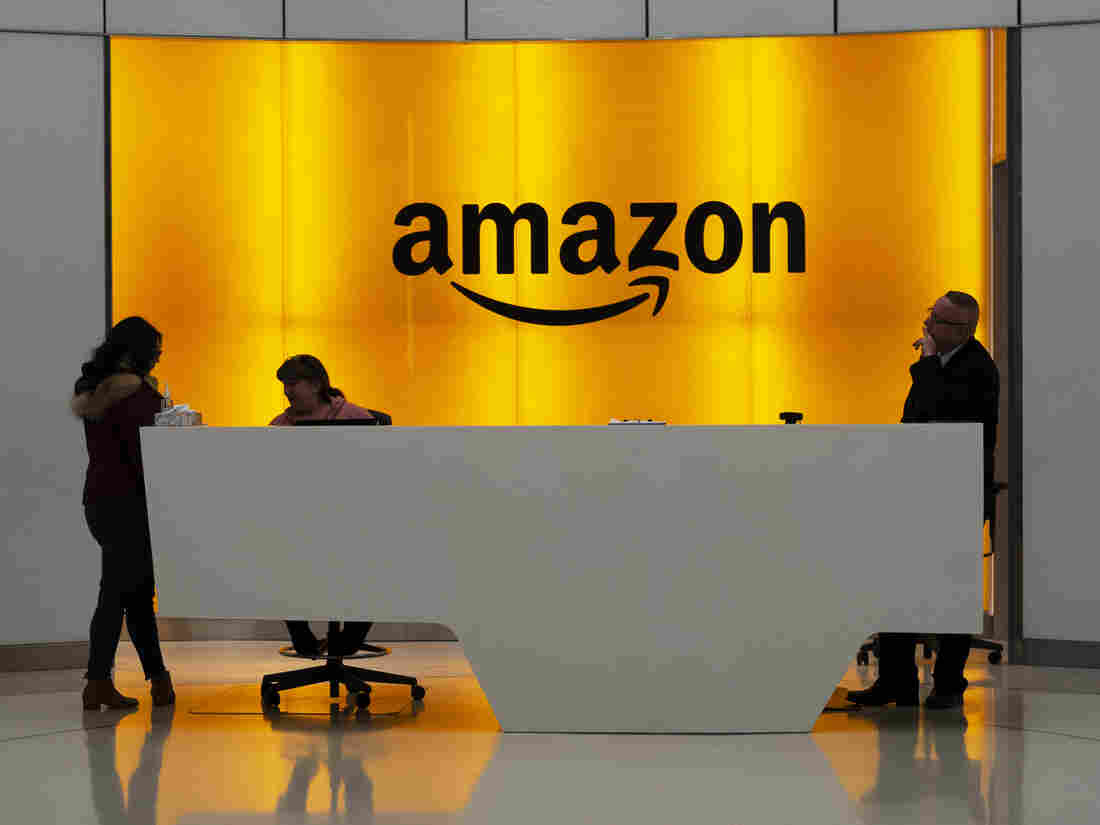 People stand in the lobby of Amazon offices in New York in January 2019. At a time of mass work from home and many moving to spacious suburbs, Amazon is funding a large expansion of corporate real estate and jobs in New York and five other U.S. cities. Mark Lennihan/AP hide caption

In the year of mass work from home, Amazon is zagging: funding a big expansion of corporate office space and jobs in six cities.

The company says it’s adding over 905,000 square feet of real estate and 3,500 tech and corporate jobs in Dallas, Detroit, Denver, Phoenix, San Diego and even New York City, whose future as an uber-expensive work hub has been subject to much analysis.

Amazon’s own corporate staff members are allowed to work remotely until Jan. 8, but the company is betting that workers will eventually be eager to return to offices.

Asked about what prompted Amazon to go all-in on physical spaces, a company representative cited the familiar virtues of in-person work, like the spontaneity of collaboration and teamwork, as well as the expected long-term value of added investment in these “tech hubs.”

In New York City, where Amazon famously abandoned its plan for a second headquarters, the company now says it plans 2,000 new jobs. It bought the Lord & Taylor flagship building after WeWork’s failed attempt to turn the historic space into its own headquarters.

The big expansion comes after Amazon — famous for reinvesting much of its cash — reported an eye-popping $5.2 billion in profits from surges in online shopping during the pandemic. Amazon is also rumored to be in talks with the biggest U.S. mall company to turn some department store spaces into fulfillment centers.

Amazon has already grown to employ more than 1 million permanent and temporary workers globally, mainly staffing its warehouses. On Tuesday, the company said the new corporate jobs will be across different parts of its operations, including the cloud-computing and grocery-delivery businesses, advertising, fashion and smart speakers.