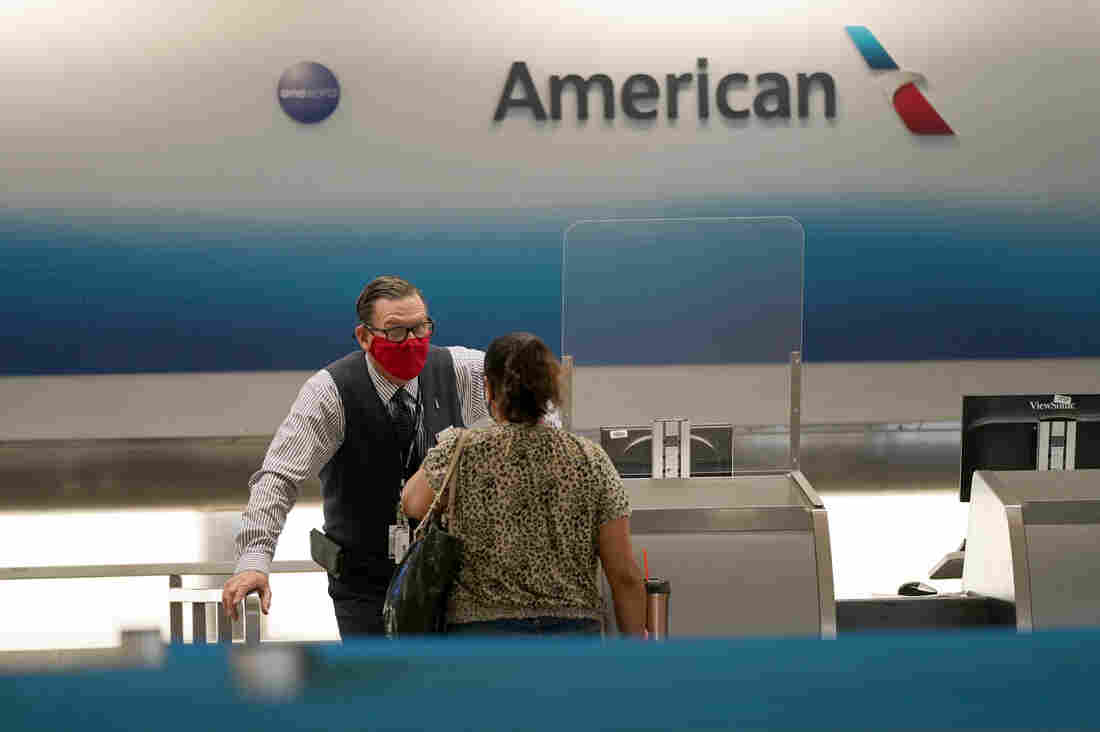 With about 40,000 workers furloughed in recent days, airlines and their employee unions are pleading with Congress and the White House to pass an extension of federal payroll support for the industry.

The labor and industry groups sent Congressional leaders a letter on Wednesday urging them to pass legislation that would provide an additional $25 billion in direct payroll grants to airlines, allowing them to keep paying employees through next March.

The letter noted that bipartisan majorities in Congress say they support the airline funding and it expressed alarm that negotiations over relief for the struggling industry were suspended.

“As leaders representing airline labor unions, U.S. airlines, and trade associations representing the travel industry, we are frustrated that an agreement could not be reached to provide support to people suffering from the impact of the pandemic,” the letter said.

It called on political leaders “to resolve any procedural issues and proceed as quickly as possible” to preserve the program.

Airlines and travel-related businesses are among the industries hardest hit by the Covid-19 pandemic. Air travel is down 70 percent since the pandemic began and hotel occupancy rates are down dramatically, too. Anxiety among workers in the airline, travel and transportation industries is high amid the growing uncertainty over whether President Trump and Congress can come to an agreement on relief for the sector.

In a barrage of texts, Trump both torpedoed talks aimed at reaching a bipartisan agreement on a broad coronavirus relief package, but then resurrected hope for a standalone bill to help the airlines.

“The House & Senate should IMMEDIATELY Approve 25 Billion Dollars for Airline Payroll Support,” the president tweeted Tuesday night, hours after he ordered his Treasury Secretary Steve Mnuchin and other representatives to stop negotiating with Democrats on another round of coronavirus relief until after the election.

The president also called on Congress to approve an additional $135 billion for the Paycheck Protection Program to help small businesses, and approve direct payments of $1,200 to many Americans.

Pelosi and Mnuchin talked briefly Wednesday morning about the possibility of passing $25 billion in payroll support for the airlines, according to a tweet by Pelosi spokesman Drew Hammill.

He said Mnuchin asked about a standalone airlines bill and Pelosi “reminded him that Republicans blocked that bill on Friday & asked him to review” a $500 million infrastructure bill that passed the House over the summer.

On Friday, Democrats tried to pass a bill quickly, by unanimous consent, which was sponsored by House Transportation Committee Chairman Peter DeFazio, a Democrat from Oregon, and would provide $30 billion in aid to airlines. But it was blocked by Republicans after Democrats made a number of changes Republicans objected to.

A similar bill sponsored by Republicans in the Senate was also blocked by three Senate GOP members.

The layoffs and furloughs of airline workers began after the expiration of direct payroll support authorized by Congress in the CARES act back in March.

American Airlines has begun furloughing about 19,000 workers and United is furloughing more than 13,000. Alaska, Allegiant, Hawaiian and Spirit have also furloughed staff since Oct. 1 and regional airlines, including Envoy, GoJet and PSA have cut some staff, too. Delta could begin furloughing pilots in November, and Southwest indicates it may have to furlough workers beginning in January.

Several airlines have vowed to recall those workers if a new agreement on airline aid can be reached soon.

Nick Calio, president of the industry group, Airlines for America, said in a statement late Tuesday that more furloughs are expected in the coming weeks because Congress did not extend the Payroll Support Program when it expired on Sept. 30.

“Time already ran out for U.S. airlines and many of our employees,” he added. “Yet there is a glimmer of hope that our leaders in Washington will act and save these jobs before it’s too late to turn back the clock.”

Sara Nelson, president of the Association of Flight Attendants, was a bit more blunt.

“As Secretary Mnuchin and Speaker Pelosi moved close to a deal that would provide relief to working people across the country, President Trump issued one tweet to blow up the deal and leave millions of essential workers in freefall,” Nelson said in a statement, adding “We need rational people to take control and help our nation.”

It’s not just airline workers who are increasingly frustrated by the inability of Congress and the White House to reach an agreement on additional pandemic relief. The U.S. Travel Association says there are more than one million jobs at risk in hotels, rental car companies, restaurants, retailers and other businesses that rely on travel and tourism.

“We are disheartened in the extreme that Congress and the administration failed to reach agreement on the relief this industry so desperately needed, despite clear evidence of mounting harm,” said Roger Dow, the Association’s president, adding that cutting off further negotiations “is woefully shortsighted.”

“Hardworking Americans whose livelihoods depend on travel and tourism cannot wait until after the election for relief,” he said in a statement. “The reality is that small businesses in every pocket of America are shuttering (and) needed relief months ago.”

The group cited new data from the economic research firm Tourism Economics, which suggests that half of all travel-supported jobs will be lost by December — an additional 1.3 million jobs — if there is no addition economic relief. It’s estimated that travel supported 11% of all pre-pandemic jobs, making a nationwide economic recovery unlikely without a dramatic rebound or federal support for the sector.