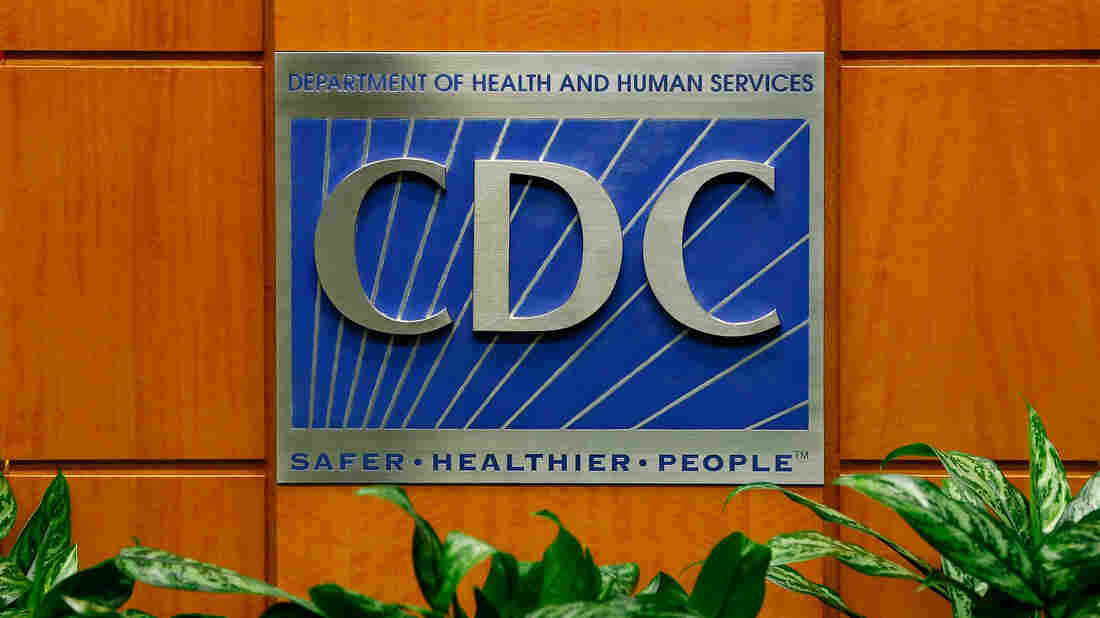 A former CDC official criticizes the agency over its latest reversal, this time in guidance on how the coronavirus is transmitted. Kevin C. Cox/Getty Images hide caption

As of now, both the Centers for Disease Control and Prevention and the World Health Organization say the primary way the coronavirus spreads is by hitching a ride on respiratory droplets when people are in close contact.

Respiratory droplets form when someone sneezes, coughs, talks or sings, for example. They don’t travel far and fall to the ground quickly.

But on Friday, the CDC website was modified to include smaller, aerosolized particles as a way the coronavirus is commonly spread. These are the tiniest particles expelled in breath that can linger in the air and travel distances longer than six feet.

On Monday, the agency took that update down, saying it was a draft that had been posted in error.

Dr. Ali Khan, who used to direct the Office of Public Health Preparedness and Response at the CDC, says there was “nothing new” in the now-deleted update, which he characterized as saying “there’s a minor role for airborne transmission.”

The disease is “predominantly” spread by large particles from people near each other, he says. There’s consensus in the scientific community that this seems to be the main mode of transmission.

Beyond that, Khan notes, there are a few other ways that people could, conceivably, contract the virus, researchers and health officials agree.

“Occasionally we get this disease from contaminated surfaces,” Khan tells Steve Inskeep on Morning Edition. “And then there’s a minor role, again, for these small particle aerosols. … These are transmitted farther than six feet away, potentially around a corner, especially in poorly ventilated indoor spaces. And then, finally, there’s a yet even more minor role, probably, for transmission via feces. So nothing new here.”

Still, a number of environmental engineers and other infectious disease researchers have been critical in the past of both the CDC and the WHO for, they say, being too slow to acknowledge the role this sort of fine aerosol might play in spreading the virus, especially indoors.

Khan is now the dean of the College of Public Health at the University of Nebraska Medical Center in Omaha. Here are excerpts from the interview:

What do you make of this unremarkable guidance being published and then withdrawn?

Confusing. So CDC’s not perfect and certainly has made some mistakes this past year. But with due respect to the agency, it’s hard to imagine that this is one of them, given the scrutiny that they’ve had in all of their messaging.

And for example, so just last week, we saw a flip-flop from CDC on testing of asymptomatic persons. We saw documented proof of manipulation of CDC’s official publication. So, you know, it’s not hard to understand people questioning that these changes may be deliberate interference by the [Trump administration]. …

We’ve seen the deliberate undermining of public health over the course of this outbreak for political purpose. And we have seen numerous examples now of deliberate change of guidance that’s not evidence-based.

Can we still trust what the CDC tells us then?

Unfortunately, it’s becoming harder to trust what CDC tells us.

And this is extremely unfortunate because trust is the most important thing we need during a pandemic. As we tell people that, regardless of this minor role of aerosol transmission, we have the tools available to us today to stop this outbreak in its tracks with “test, trace, isolate.” And please do our part [by] wearing a mask, washing our hands and socially distancing. And this trust is going to be even more important as we tell people to roll up their sleeves and get vaccinated — hopefully sometime at the end of this year and into next year.

I want to know if the practical advice after all of this confusion is still basically the same, so far as you see it: See people outdoors, rather than indoors; six feet apart; wear a mask. That sort of thing.

Correct. The guidance doesn’t change. So there’s lots of nice, sophisticated aerobiology studies now that look at what happens when you sneeze and cough and how far these particles go and whether there’s virus riding along in them.

But we know that if we wear our masks and we couple that with the public health strategy of testing, isolating and tracing people, that we can get this disease under control.