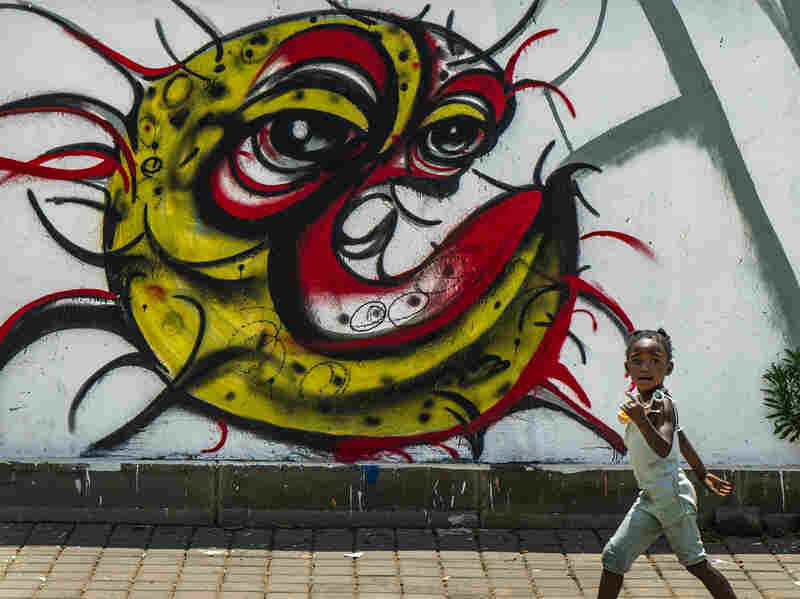 A child walks past a COVID-19 graffiti in Soweto’s Orlando West township near Johannesburg, South Africa, on Thursday. Africa has surpassed 2 million confirmed coronavirus cases as the continent’s top public health official warns that “we are inevitably edging toward a second wave” of infections. Jerome Delay/AP

The African continent has reached the somber milestone of 2 million coronavirus cases as of Thursday. The Associated Press reports that more than 48,000 people have perished due to the pandemic in Africa. However, the continent has fared better than several countries, including France, Brazil, India and of course the United States.

With 1.3 billion people inhabiting 54 countries spread across the continent’s 11.7 million square miles, the measure of Africa’s 2 million cases is a success story. But only if its people remain vigilant.

Pandemic fatigue, for the time being, is Africa’s greatest threat. “We cannot relent. If we relent, then all the sacrifices we put into efforts over the past 10 months will be wiped away,” Africa Centers for Disease Control director John Nkengasong warns.

Even though a vaccine may be coming, it could be some time before it reaches Africa, the AP reported. The vaccine developed by Pfizer needs to be kept at nearly 100 degrees below zero Fahrenheit. Moderna’s vaccine, just above freezing. Nkengasong says paying for that kind of storage “already creates an imbalance in the fair distribution or access to those vaccines” with richer countries better able to manage it.