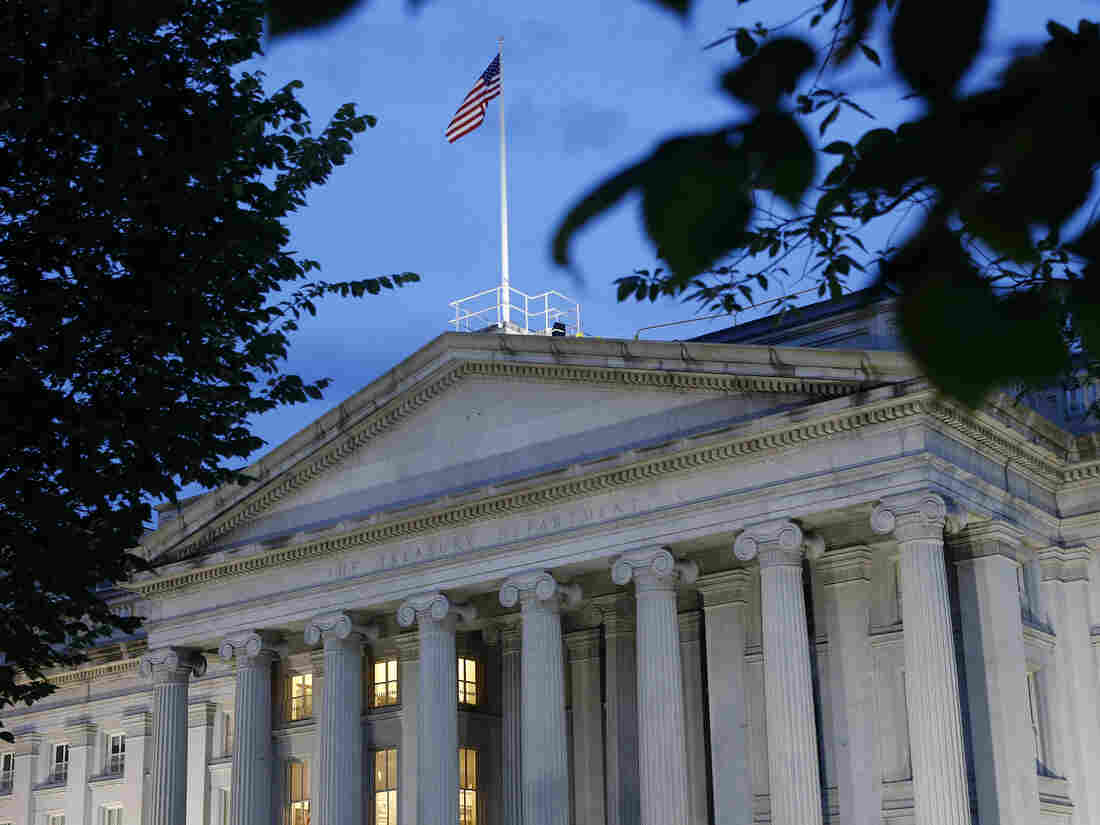 The government shortfall for the fiscal year that just ended is far greater than was seen during the height of the Great Recession. The national debt now exceeds the size of the U.S. economy. Patrick Semansky/AP hide caption

The U.S. budget deficit soared to a record $3.1 trillion, following a massive surge in government spending aimed at containing the economic damage from the coronavirus pandemic.

The deficit for the fiscal year that ended Sept. 30 was more than triple that of fiscal 2019 and easily eclipsed the previous record of $1.4 trillion recorded in 2009.

The Treasury Department said the surge was partly due to a drop in corporate and personal tax revenue, which fell by 1%.

But the overwhelming factor driving the deficit higher was a huge increase in federal spending to prop up businesses and keep people employed after the economy nearly ground to a halt in March.

“The increase in the deficit from FY 2019 reflects the effect of COVID-19 on the economy and legislation that created or enhanced programs to protect public health and support hard-hit industries, small businesses, and American individuals and families,” the Treasury statement said.

The higher deficit comes just as Congress and the White House are negotiating a new coronavirus relief package.

While lawmakers and the administration agree on the need for a bill, they remain far apart on the size. While Democrats have pushed for more than $2 trillion in aid, Senate Majority Leader Mitch McConnell has called that “outlandish.”

The federal debt — the total owed by the government — has grown to more than $21 trillion, larger than the size of the U.S. economy.

“This astronomical level of debt is only going to get bigger,” says Maya MacGuineas, president of the Committee for a Responsible Federal Budget.

“Borrowing to combat the pandemic and economic crisis makes sense. But that’s no excuse for the massive tax cuts and spending increases enacted before the pandemic, nor the failure to control the rising costs of our health and retirement programs once normalcy returns,” she added.