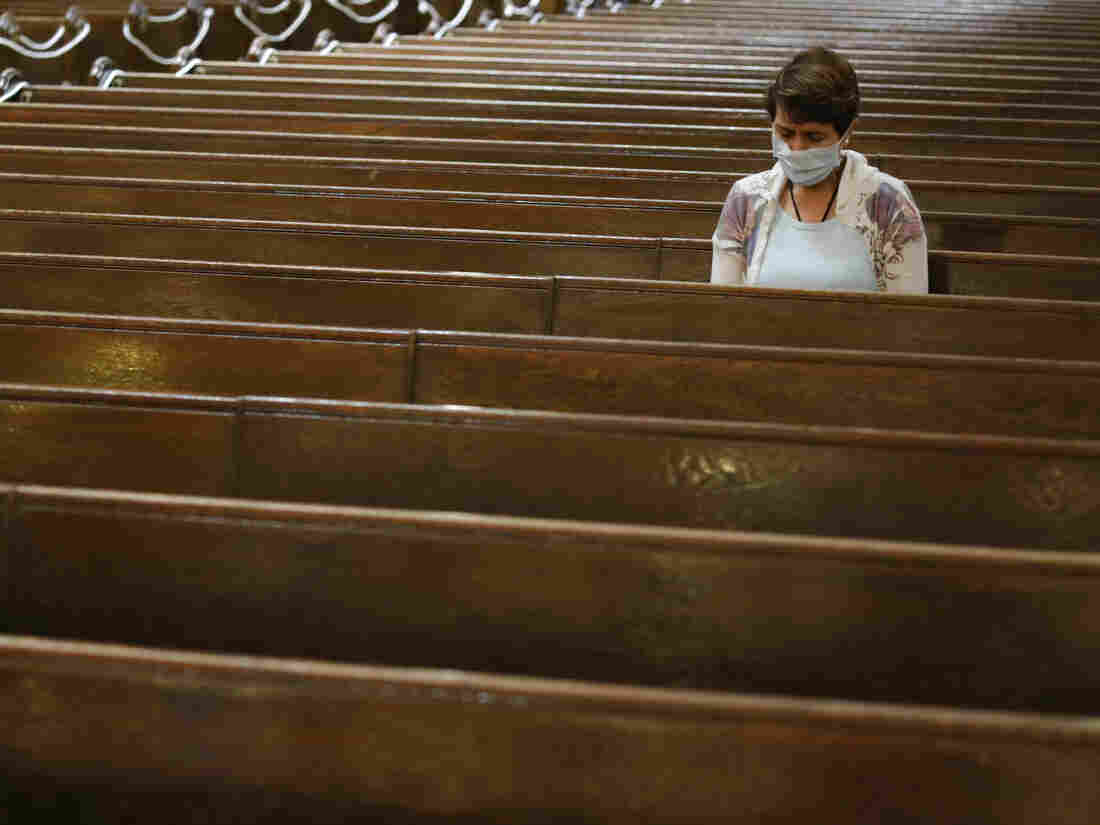 A parishioner sits after Mass last month at a Catholic church in New York City. An overwhelming majority of U.S. adults believe that houses of worship should be subject to the same restrictions on public gatherings that apply to other institutions. John Minchillo/AP hide caption

Five months after the coronavirus forced houses of worship across the country to close their doors, a new survey finds that two-thirds of regular churchgoers feel it’s now safe to resume in-person worship.

The Pew Research Survey nonetheless found that an overwhelming majority of U.S. adults also believe that houses of worship should be subject to the same restrictions on public gatherings that apply to other organizations or businesses in their local area. Although Republicans are somewhat more likely than Democrats to favor special treatment for houses of worship, they still oppose such exemptions by a 2-to-1 margin.

Among the respondents to the Pew survey who said they previously attended worship services at least once a month, 6% said their congregations were operating just as they had before the coronavirus outbreak. About half the respondents said they have personally engaged in worship only online or via television.

About 8 in 10 of all U.S. adults surveyed by Pew don’t expect their church attendance or nonattendance habits to change as a result of the pandemic. Of those who do anticipate a change, some said they will be more inclined to attend church when life returns to normal, with a smaller margin saying they will be less likely to go back to worship.

The strong support for reopening houses of worship suggests that Americans are eager to resume their routines, though important distinctions remain, especially along racial lines.

“White Christians are much more confident that it is safe to go to religious services right now than Black and Hispanic worshippers,” says Claire Gecewicz, the primary researcher on the Pew survey.

The greater reluctance to go back to church among people of color is not surprising, given that they have been hit much harder by the COVID-19 pandemic. Blacks and Hispanics are more likely to be essential workers, so they have faced more exposure to the coronavirus on the job. In addition, many people of color live in extended family households. A return to in-person worship would expose them to even greater risk of infection.